Brown Mauzo’s Baby Mama Cries Foul As She Is Paid Ksh.1,500 As Upkeep For Their Daughter 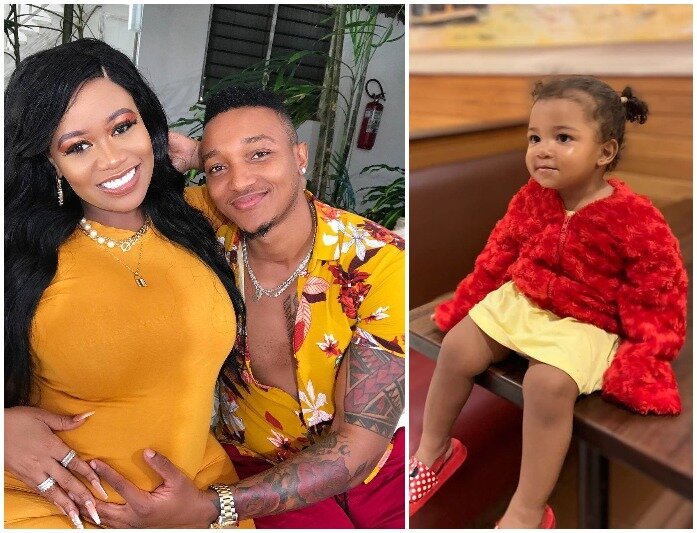 Brown Mauzo’s first wife is also accusing the singer of bigamy saying he married Sidika while they are still legally married.

Mauzo proposed to Vera on 30th September 2020 during her birthday and in October the two secretly got married – at least they claim so.

Sidika and Mauzo are expecting their first child together soon, the singer has shifted all attention to his celebrity wife neglecting his first wife and their daughter altogether.

Fatma used her daughter’s Instagram account during an interactive Questions and Answers (Q&A) session with her fans to narrate her plight.

“No Mauzo does not support .. unless I write a paragraph I would get 1500= some months. N also 2 months ago after threats n threats is when he decided to shop for her.. at Ic Waikiki. Lereesa grew up with gikosh cloths “don’t we all na atakua tu. He used to complain even when I bought my daughter a swing Or anything nice,” wrote Fatma. 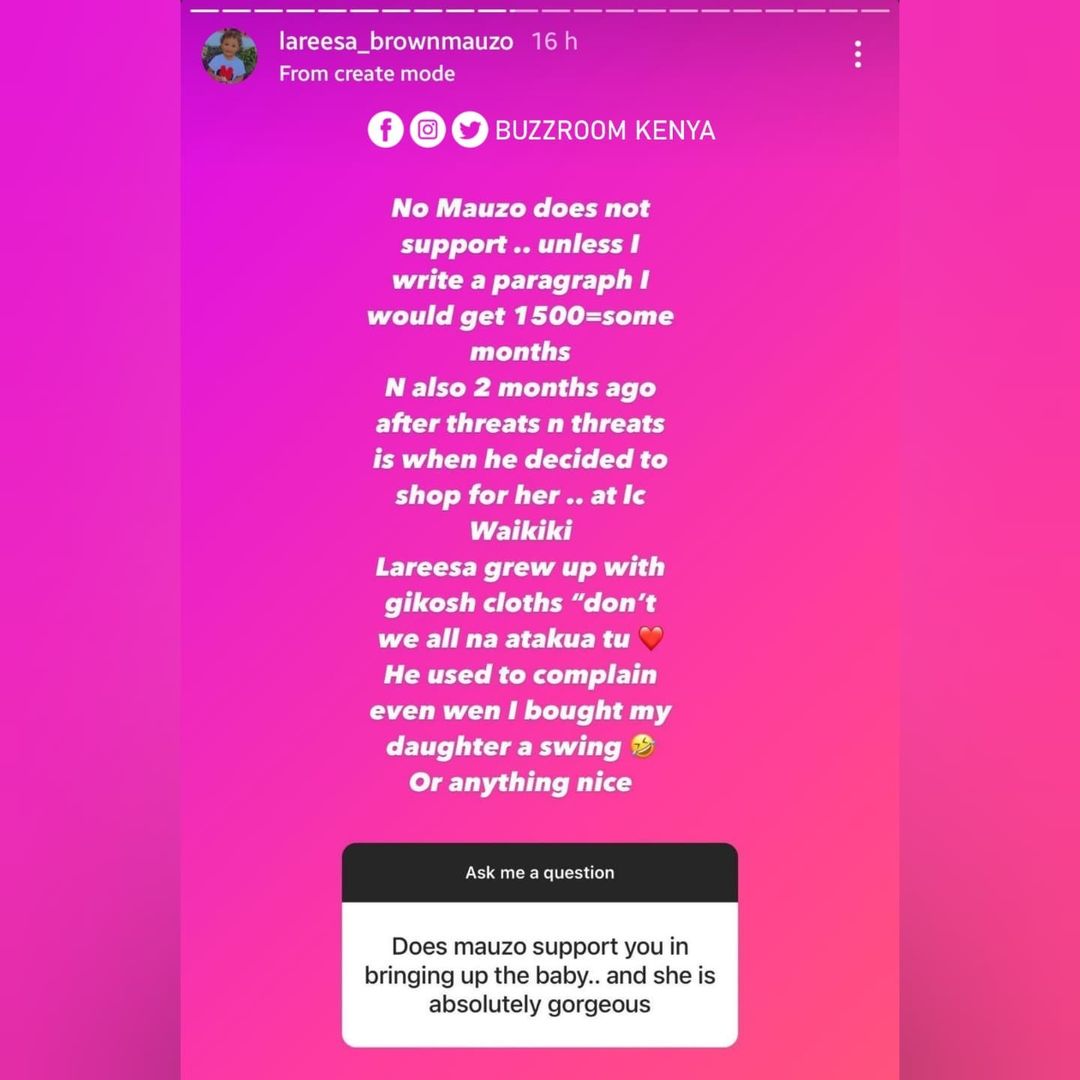 Asked the last time the Brown Mauzo saw their daughter, Fatma said it has been nine months. 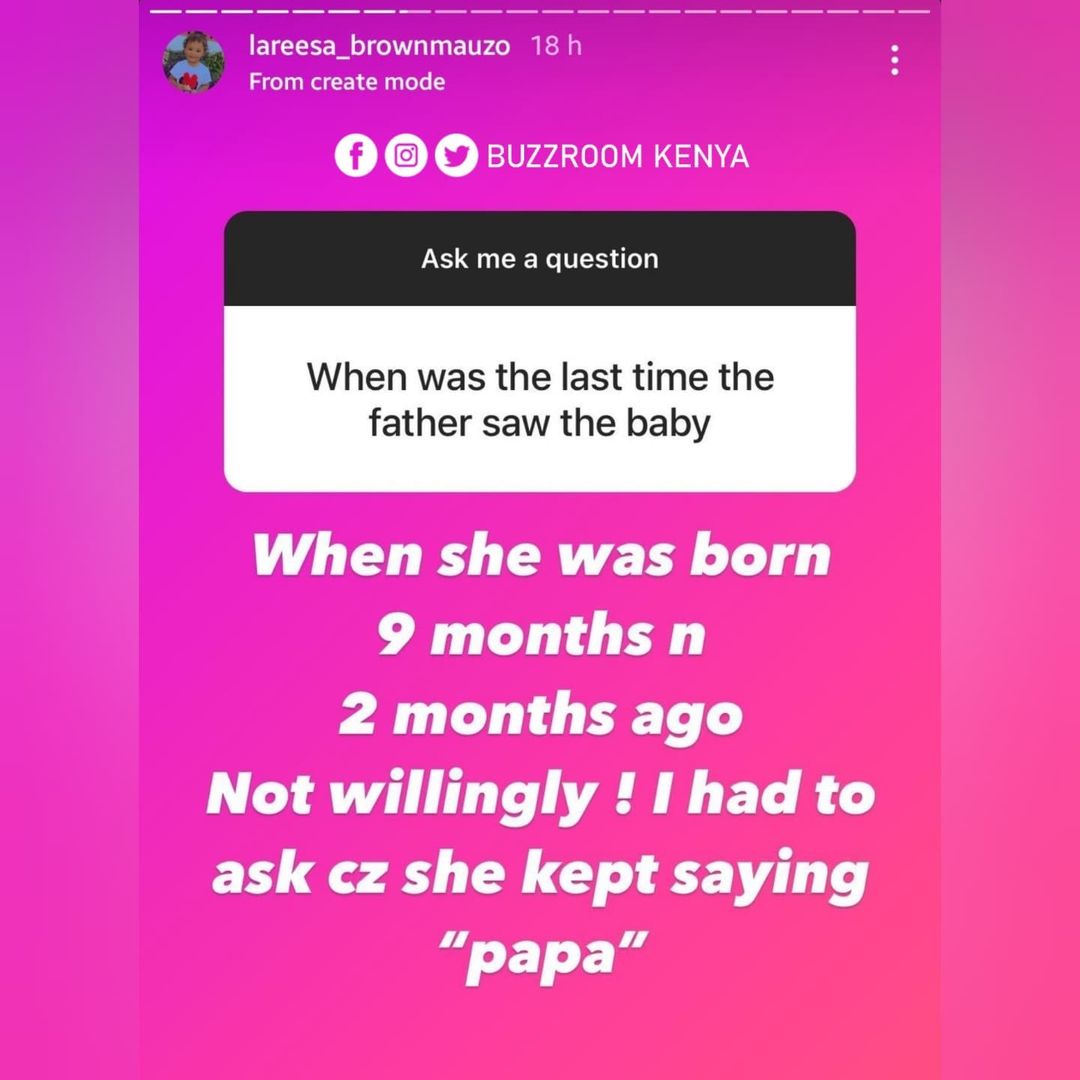 “I cannot lie n say i do… i dont know her to judge on any personal level. All i know is she is going to be a mother and thats every womans joy .. so we let the woman be n enjoy her motherhood journey as we all did .. they do them n … we do us.” 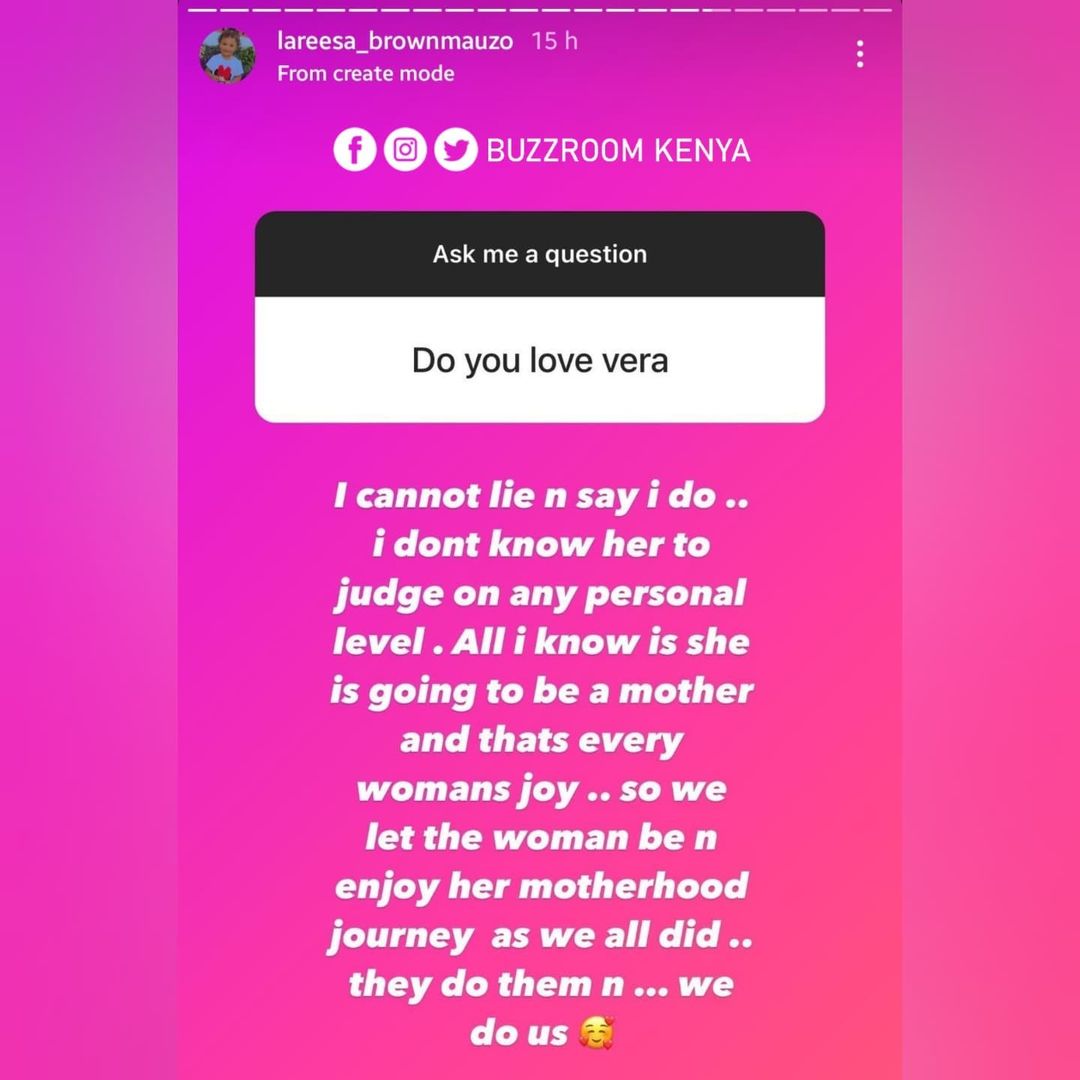 Fatma had recently revealed that she is still legally married to Mauzo and referred to Vera as ‘nyumba ndogo’, which can loosely be translated to as the second wife.

“For those asking, yes, he is still my mother’s husband (legally), so Vera is nyumba ndogo,” said Fatma.