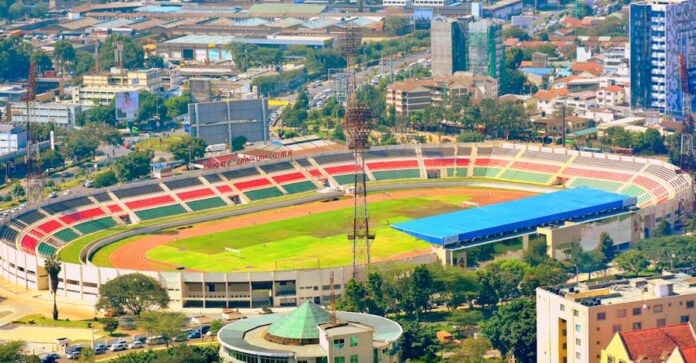 Nyayo National Stadium is set to he reopened on Saturday after three years of renovations. President Uhuru Kenyatta will preside over the re-opening of the stadium.

The facility was closed in 2017 for renovations when Kenya was handed the rights for the 2018 African Nations Championship (CHAN).

However, the renovations were not complete on time and the country was stripped off hosting rights.

It took the intervention of President Uhuru, who has been personally inspecting its progress and from the latest photos, it is ready for reopening.

New plastic seats have been arranged in the colors of the flag and will now replace the concrete slab that spectators sat on.

A new grass carpet has also been laid and the changing rooms look immaculate.

Among the first events likely to be held at the venue will be the Nairobi leg of the World Athletics Continental Gold Tour on October 3, 2020.The refurbishment has been spectacular with the venue now capable of hosting any world-class event, with the Kip Keino Classic next Saturday showcasing the celebrated stadium.

Saturday’s ceremony will also see the President watch a dry run of the Kip Keino Classic with several events lined up to test the waters. The test events, that will feature 200 metres, 400m, 800m and 1,500m, all both for men and women, and the 4x400m mixed relay races will start at 9.30am.

However, with the COVID-19 measures in place, the stadium which has a capacity of 30,000 will only have 6,000 fans allowed during the event for the first time in the country since fans were barred from sporting events following the virus outbreak in March.