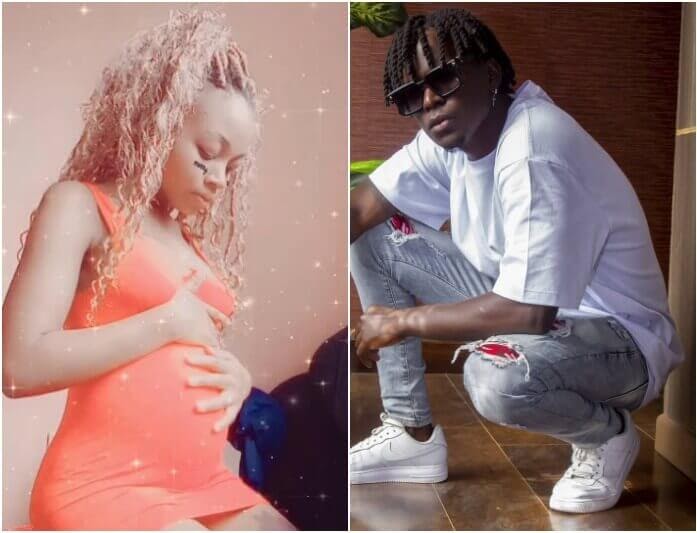 Ruth Kerubo who accused controversial singer Willy Paul of impregnating her has abandoned her baby and disappeared.

Kerubo caught the attention of the nation early this year when she accused Willy Paul of knocking her up and dumping her.

The young woman said the singer promised to take care of her and the unborn baby only to give her the cold shoulder later.

”So I have pregnancy for Willy Paul since December and he promised he will take responsibilities of his baby and I agreed to keep a secret but since he started ignoring me. He asked for sex for the second time and I refused. So he told me not to ever look for him. He has blocked me,” said Ruth Kerubo.

Willy Paul had Ruth arrested for lying about her unborn child’s paternity saying she was only ruining his reputation because she was a stranger to him.

Before clearing Willy Paul’s name, Ruth was booked for defamation only to be released later on a police-free bond without any charges.

“They wanted cash bail, I didn’t have money so I don’t know why I was released because it got to a point I was released,” said Ruth.

According to Willy Paul, he took the legal route to clear his name as the noise was tainting his already crumbled reputation.

Fast forward to September, Ruth’s friend Marion has revealed that she dumped her baby with her before she disappeared without a trace.

According to Marion, she opened her doors to accommodate Ruth in her house as she had nowhere to go after giving birth.

Speaking during an interview with YouTuber Eve Mungai, Marion said that Ruth’s parents disowned her after she got pregnant and she had nowhere to go after she gave birth.

Marion offered Ruth refuge in her house only for her to dump her baby there and disappear without a trace.

How Uhuru,Raila Plot To Humiliate Ruto In The Push For BBI Approval