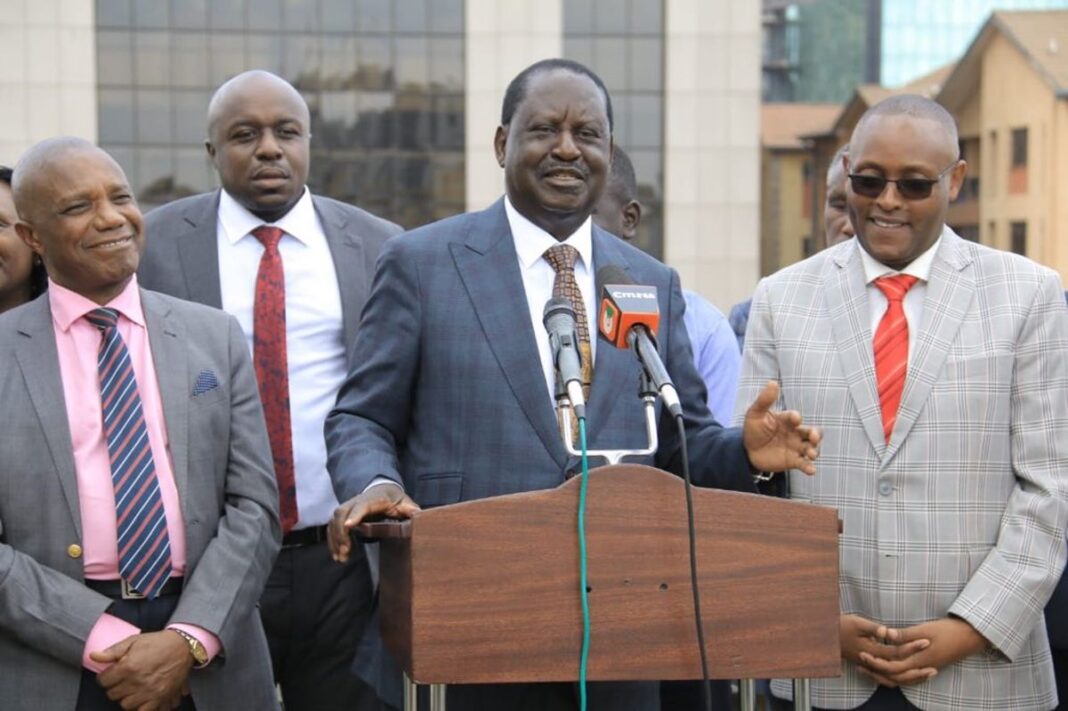 In a move to counter Ruto’s influence in the Coastal region, ODM leader Raila Odinga is planning to hold various rallies in the region to drum up support for BBI and strengthen his political base.

On Tuesday Raila will take the referendum campaign to Taita Taveta. Raila is expected to lead a two-day visit in the county in which he will hold meetings on Wednesday and Thursday in a renewed campaign for Building Bridges Initiative.

During the visit, Raila is expected to be hosted by Governor Granton Samboja and other regional regions.

Raila is also expected to hold a closed-door meeting with a section of county leader at Samboja’s Mwakishimba home on Tuesday evening. Raila will then start a series of meetings and public rallies in Wundayi, Voi, and Mwatate on Wednesday and Thursday.

“Raila Odinga will be here for two days to drum up support for the government’s agenda. We are fully supporting President Uhuru Kenyatta and his partner, Raila Odinga,” Samboja said.

The governor said an elaborate tour program was being organized and would be later revealed to the public.

Samboja added his county will greatly benefit from collaborating with the government.

Raila’s tour comes barely a week after Deputy President visited the region to drum up support for his 2022 presidential bid.

During his tour in the region where he hosted various religious and political leaders at Lumo, Taveta constituency, Ruto called on the coastal leaders to refrain from the ongoing referendum debate, terming it decisive.

“Let us not plunge the country into an unnecessarily divisive contest over something that does not exist. Instead of trying to solve a hypothetical problem, why don’t we sort out the real problems?” Ruto apposed.

Ruto on the other side urged the leaders to pay attention to pressing issues facing Kenyans such as loss of jobs and disruption of businesses.

Ruto was accompanied by various leaders from the region like former John Mruttu, former Machakos Senator Johnstone Muthama, and Woman Rep Lydia Haika. among others.