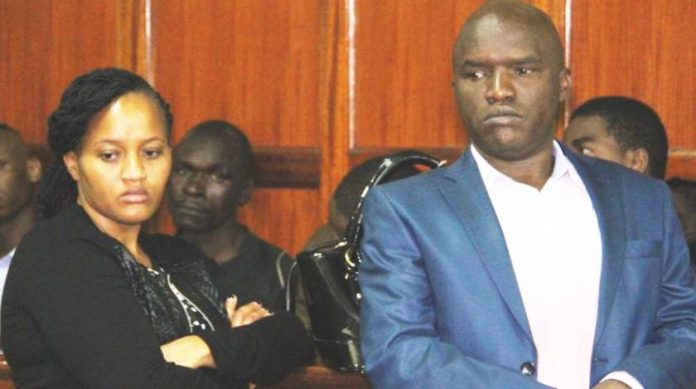 Francis Kiambi was reportedly found dead at his home in Karen.

An autopsy of the body of businessman Francis Kiambi found that he had died of cardiac arrest brought on by coronary artery disease brought on by high cholesterol.

Chief Government Pathologist Johansen Oduor performed a post-mortem on his body on Friday, making the cause of his death public.

According to Dr. Oduor, the deceased’s high cholesterol levels contributed to coronary artery disease, which in turn caused the cardiac arrest.

Electrical abnormalities that cause the heart to abruptly stop beating normally are the cause of cardiac arrest cases.

His wife Mary Waigwe Muthoni informed police that they had returned home with her husband at about midnight on Sunday after having spent some time at a nightclub in Karen. According to the police and the family.

After the woman allegedly refused to be her husband’s guarantor in an agreement to secure the Sh2 billion financing he was seeking to launch a business, the couple reportedly got into a domestic disagreement.

Recently, their enterprises have been experiencing difficulties. After their argument, the two apparently went to separate bedrooms to sleep. The 50-year-old politician-turned-businessman was later discovered dead with vomit by his bedside.

Following the death’s confirmation by a family physician from the neighboring Karen Hospital, the deceased’s body was transferred to the Lee Funeral home.

Police have already questioned several people, including a close family member and a lawyer who were at the entertainment venue with the deceased.

Detectives also interrogated members of staff at Big Smoke Bar and Restaurant, where the businessman and his wife had eaten before he passed away.

Directors of Patiala Distillers Limited, Matanka and his wife are accused of selling items with fake stamps recently.