Policeman shoots lady for turning down his love advances 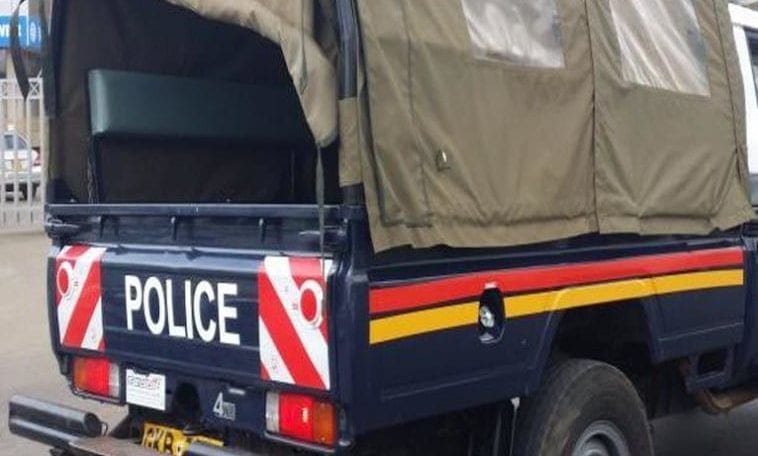 Nigerian Police Force in Lagos operatives are on the trail of a policeman attached to the Special Protection Unit, Base 16,  Ikeja, Lagos State, who shot a lady for turning down his love advances.

There were different accounts as to what led to the altercation between the policeman identified as Sergeant Eze Aiwansoba and the lady, Joy Eze, who resides Ogba area of the state.

A version of the account had it that the policeman made love advances to  Eze at the bus-stop, but that she allegedly rebuffed and called him unprintable names. 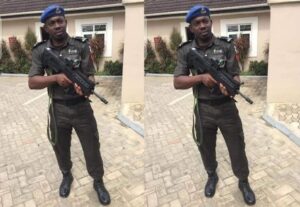 A verbal confrontation ensued between the duo, in the process of which the policeman fired a shot at Eze in the face, causing other frightened commuters to scamper in different directions.

On noticing the magnitude of his deed, the policeman, fled the scene, abandoning dying  Eze to fate. However, another account had it that the duo had been in a relationship until Eze decided to quit.

When news of the shooting filtered round, most Lagosians concluded that Eze was one of the # EndSARS protesters.

But the Lagos State Police Police Relations Officer, SP Olumuyiwa Adejobi clarified that the shooting was not connected with the protest.

” As at the time of the incident, the identity of the policeman was unknown, until the Commissioner of Police, CP Hakeem Odumosu,  ordered the Divisional Police Officer, Ikeja, to trace the whereabouts of the victim, ascertain her health condition,  get more information on the incident and identify the policeman for further necessary actions. 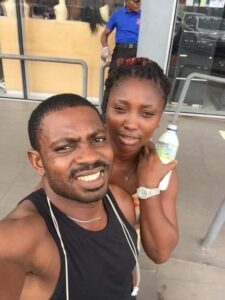 “Based on the preliminary investigation, the said police Sergeant was discovered to be off duty and not issued a police rifle or arms as at the time of the incident, hence the Command’s concern on ownership and/or possession of the arms he used in perpetrating the act.

“The Commissioner of Police has ordered that the fleeing policeman, who is attached to another police formation within the state, be arrested by all means and made to face the consequences of his criminal act.

“While the Commissioner of Police condemns the act, the command will not in any way leave any stone unturned in getting justice for the victim and sustain the ethics and Standard Operating Procedure of the Nigeria Police Force; and protect the fundamental human rights of all and sundry across the state.

Similarly, the Commissioner of Police has appealed to all Lagosians especially protesters across the state, to maintain law and order while they embark on peaceful protests, assuring that the police will do everything possible not to infringe on their rights”.

Victims of a terror attack that took place 18 years ago at Paradise Beach Hotel in Kikambala have opened up on their lives afterwards.On...
Read more
Crime

Three people suspected to be robbers with violence criminals were on Thursday shot to death by a team of detectives at Kwa Mbao area...
Read more
Court

Teen Testifies How Her Father Burnt His Brother to Death

A 15-year-old teen girl has testified against her father who has been accused of burning his three-year-old son to death.Testifying before a Nakuru court...
Read more