NTV Reporter Assaulted By Goons While In Line Of Duty 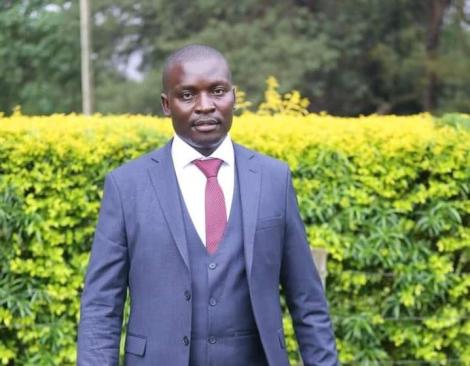 An NTV sports reporter is nursing injuries after being beaten by an angry mob on Sunday November 7 as he was in line of duty.

Zacchaeus Mwasame was attacked by goons while on an assignment at Bukhungu stadium in Kakamega county.

Mwasame was covering a match between Kakamega Home boyz and Bandari FC.

Trouble began when Kakamega Homeboyz lost a penalty during the 93rd minute in the game against Bandari.

An angered Bandari FC player attacked the referee as seen in a video clip that has circulated widely on social media.

Mwasame who was recording the confrontation was attacked by Homeboyz fans who ignored the fact that he was a journalist.

Over 13 youths are said to have descended on the reporter.

Mwasame sustained injuries and was taken to Kakamega Referral Hospital where he was treated before being discharged shortly after.

Cases of journalists being attacked while in the line of duty continue to increase in the country.

In May this year some journalists were attacked while covering an incident whereby a 5-storey building that was under construction in Gitaru village of Kiambu county collapsed.

The journalists were acting on a tip-off from area residents who feared their lives were in danger.

Police have also not speared journalists. In April, police beat and injured nine journalists in Makumi, Mbeere South, Embu County, who were covering a story regarding the forceful eviction by police officers.