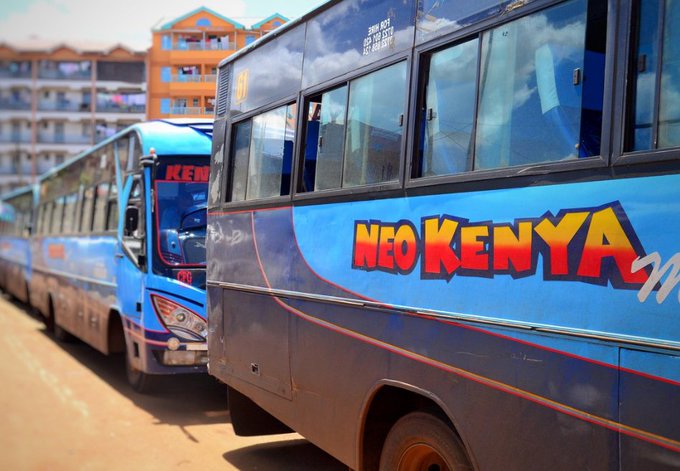 The authority, in a statement released on Monday, said the PSV vehicle officials are required to “provide an insight into the incidents.”

There was drama on Sunday after youth barricaded the Kenol-Murang’a road ahead of Deputy President William Ruto’s church event in the region.

Two people were killed, several others sustained serious injuries and property of unknown value is said to have been destroyed.

Inspector General of Police Hillary Mutyambai has since ordered for the immediate arrest of Kiharu Member of Parliament Ndindi Nyoro and his Kandara counterpart Alice Wahome over violence the chaos.

NTSA Update: In implementation of the PSV Regulations, 2014 and in consultation with the Inspector General, the Authority has summoned the officials of Neo Kenya Mpya Commuters Limited and Joy Kenya Services Limited to appear… https://t.co/C12DaxlxC7 @InteriorKE @NPSOfficial_KE

The IG directed police to track down and arrest the two lawmakers for allegedly mobilizing goons that caused the mayhem which left two dead and dozens injured.

IG Mutyambai further wants motor vehicles that were reportedly used to ferry goons tracked and detained to assist in the investigations.

Nyoro and Wahome are on Monday expected to appear before the Directorate of Criminal Investigations (DCI) regional office in Nyeri to assist with investigations.

IG Mutyambai also instructed the Director of Internal Affairs Unit (IAU) and two senior DCI sleuths to investigate the matter and bring the perpetrators to book.

He also urged Kenyan politicians to desist from engaging in inciteful utterances, warning that stern action will be taken against those found culpable.