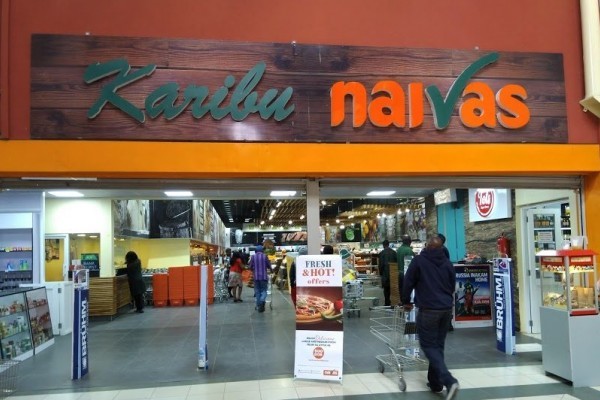 Retailer Naivas has to occupy the space previously held by the South African retailer Shoprite at the Waterfront Mall in Karen, granting access to the rich customers living in the high-end estate.

Naivas will open its 66th store at the Karen mall in mid-October, joining South Africa’s Game Stores as anchor clients at the shopping center.

“We have not had a presence in the larger Karen area which has been a long-standing request by our shoppers, we are finally able to fulfill this with the new development,” said Naivas Chief Commercial Officer, Willy Kimani.

This will be the first Naivas store in Karen, and the outlet is set to increase traffic to the Waterfront Mall, and increase competition among retailers such as Carrefour and Tuskys which are located close to the mall.

Naivas which has been on the road to open expand its business reach opened its new outlets in Kilimani, Mountain View, Kamakis, Syokimau, and Kisumu.

Naivas raised Sh6 billion from the sale of its 30 percent stake to a consortium of investors, including the International Finance Corporation (IFC), valuing the retailer at Sh20 billion.

The capital injection is earmarked for expansion in highly competitive local supermarket business that brought in a major player such as the Majid Al Futtaim-backed Carrefour franchise.

The Waterfront Mall space became vacant after Shoprite, which is moving out of the Kenyan market, closed its stores less than six months after setting a shop on the premises.

The sudden closures of the retailer triggered a court battle with the Waterfront Mall owners.

Nelson Muguku’s family that owns the premises is seeking Sh520 million in lost rent from Shoprite Holdings after the retailer cut short its operation at the facility.

According to the Mugukus, they still have a 10-year contract with the supermarket chain, and that the lease agreements did not provide for termination.

“Naivas will be the latest addition to the Waterfront fraternity. This confirms our sustained commitment to continue offering Waterfront patrons a lasting experience all under one stable,” said Waterfront Karen director David Muguku as reported by Daily Nation.

“The partnership has been motivated by the need to continually offer shoppers at the mall a wide variety of brands.”