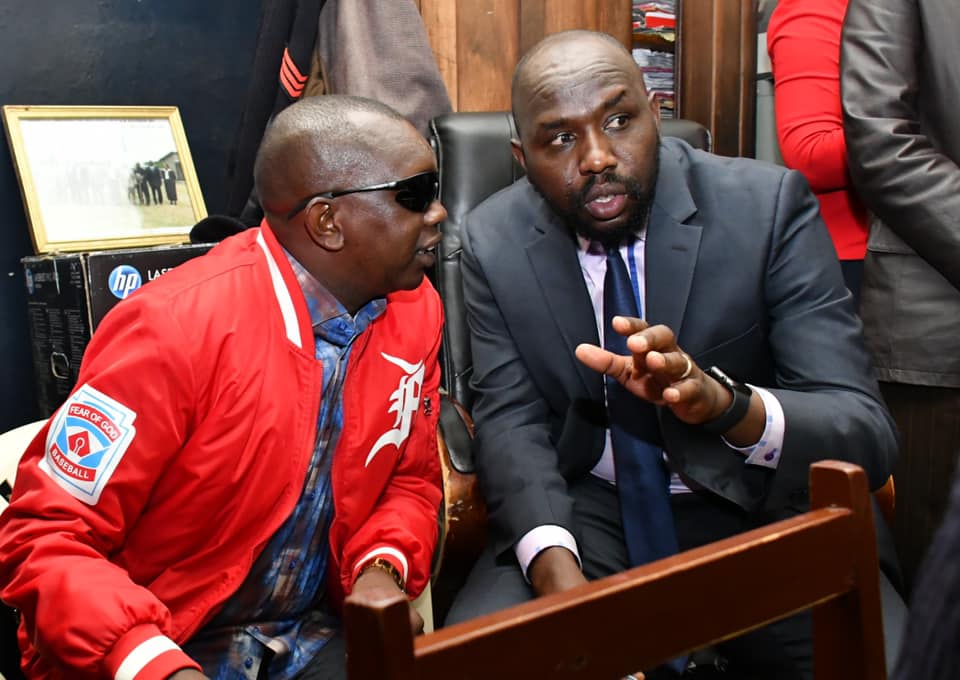 Elgeyo Marakwet Senator Kipchumba Murkomen has come out revealing details of a deal which Kakamega senator Cleophas Malala undertook with the state which is now threatening his life.

According to Murkomen, Senator Malala got into a paid agreement with the state to vote for their formulae in the revenue sharing bill.

But the Senator did not vote on the state side. Murkomen further claims that Malala among other senators owe the state as they were paid and did not perform the duties as instructed.

“According to Mtu Fulani&? Raila Odinga Govt paid Senators to vote for the their formulae. Apparently Malala,Lang’at&Lelegwe ate the money but didn’t vote with govt side.We are told Malala’s life is in danger because he owes the State.Why in the first place is govt bribing Senators?” Murkomen wrote.

During a senate meeting on Monday, Malala broke down in tears as he narrated to two Senate Committees how five police officers had allegedly been assigned to eliminate him.

In an emotional presentation to the Justice and Legal Affairs Committee and National Security, Defence and Foreign Relations Committee, Malala said the five officers were from the Directorate of Criminal Investigations (DCI).

“I am a husband and a young father. The most painful thing is that I am being accused of stage-managing my arrest on August 17,” he said while holding back tears.

The senator was overcome with emotion as he narrated his frustration in having his security beefed up.

” I humbly request this committee and the Inspector General of Police to take action. I have written many letters and called many offices seeking help but they have not taken any action”.

He said the five were summoned at a hotel in Thika where they met an inspector by the name Wanjala who gave them the assignment.

Malala was on August 17 afternoon arrested by the Directorate of Criminal Investigations (DCI) officers at his Kitengela home after a 10-hour dramatic standoff.

Malala is among three senators arrested on that day.

Others were Steve Lelegwe (Samburu) and Christopher Langat (Bomet).

This is really painfull for cleophas malala. But we shall overcome one day.
George Magoha pic.twitter.com/o0DWwhgOWJ