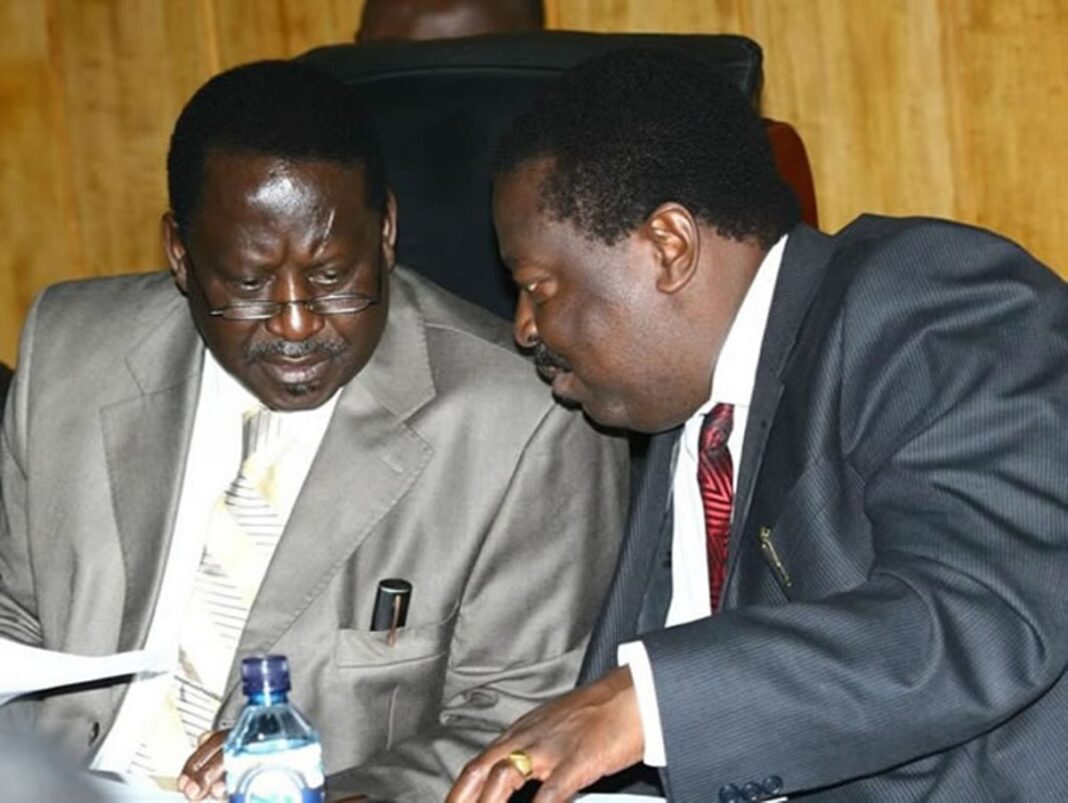 In a rare show of solidarity ANC party leader Musalia Mudavadi has come out to support Raila Odinga.

Mudavadi dismissed the ‘hustler and dynasty’ narrative that has always been propelled by Deputy President William Ruto.

According to Mudavadi someone’s sate should not be used as a tool for political competition.

Mudavadi’s statement comes after the ODM leader in February while speaking to mourners at the Late former President Daniel Moi, dismissed political dynasty talk, saying it was unfair to profile individuals from prominent families because of their fathers.

Raila said President Uhuru Kenyatta, Gideon Moi, and himself were not entitled to any privileges because of their fathers.

The trio’s fathers served as first and second presidents, and as first vice president of the country, respectively, and have continued to influence the country’s politics since independence.

Deputy President William Ruto has occasionally referred to politicians from ‘dynasties’ trying to block his bid to State House, saying it is not a crime for a ‘hustler’ like himself to lead the nation.

However, Mudavadi who is also a son of a prominent politician from Western Kenya, the late Moses Mudavadi said the debate: “It’s very cheap and divisive… It’s like comparing between pagans and non-pagans. Poverty is not something to be proud of.”

“Let us debate on whether my policies are conducive to job creation or not… will they stamp out corruption or not; provide health services or not…”

Speaking during an interview on NTV on Thursday, the ANC boss said poverty should never be looked at as a permanent situation.

Mr. Mudavadi also dismissed the claims that he belonged to the dynasty group.

“My father was born in Western; his father died in a loose gold mine digging… for a livelihood he was buried there. He was a peasant,” Mudavadi said.

“I will not fall into the trap of calling people hustlers and dynasties. I totally refuse to fall into that category…”