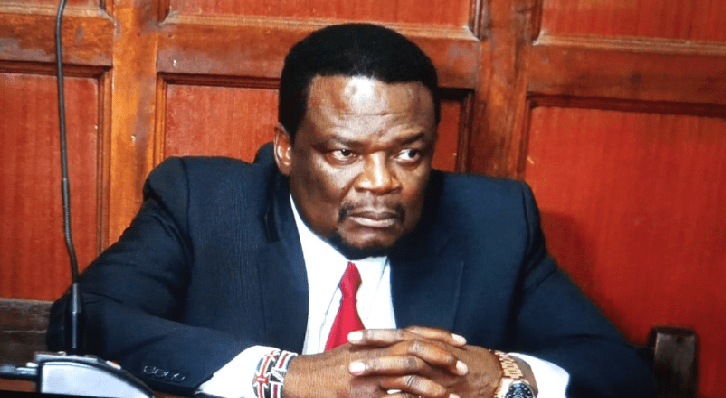 Sirisia MP John Waluke’s wife has now threatened to commit suicide after raising only Ksh 16,000 of the Sh727 million expected to bail out her embattled husband.

Mrs. Roseline Nakhanu Waluke has threatened Kenyans that she will die and leave all her troubles here on earth failing to raise the hefty fine to release her husband.

Her neighbors have also noted that the MP’s wife has started screaming aimlessly and has been subjected to a lot of pressure since the husband was in jail.

“She is so worried so much and we always come here to console him and ensure she is right. Many people have mocked her since she started raising money for the release of her husband.” a neighbor said.

Waluke’s wife said she has been subjected to abuse and ridicule after she asked Kenyans to raise the Sh727 million to secure her husband’s release.

Speaking to a local blog, Mrs. Waluke said people have been calling her number only to abuse her.

She revealed that some people have been calling only to inquire about the amount of money she had raised so far.

“I’m stressed and I regret starting this fundraiser to bail out my husband. People have been mocking me and hurling abuses at me instead of helping me. I wouldn’t have done it had I known things would turn out this way. I have left everything to God.

“Some are calling and telling me that they can’t contribute money for a thief,” she said.

Mrs noted that disputed the abuse she is receiving, she will not give up on a quest to give her husband’s freedom.

“The contributions will just continue although like today nobody has sent me even Sh10. I have left the fight to God but what hurts me most are the abuses and mockery. God knows it all,” she continued.

This comes just a week after Mrs. Waluke appealed to the public to help her raise the money after her husband, John Waluke was found guilty of several counts of fraud, alongside businesswoman Grace Wakhungu.

She gave out her MPESA number where the contribution would be sent as she was waiting for an M-Pesa Paybill number.

She added that she was aware of their problem and thanked those who have stood with them during this challenging time.

She requested for financial support through her number 0728732542

On the other side, Mr. Waluke’s partner in crime sources said her family alone raised Sh500 million in a record of two hours.

Date For Nakuru To Be Declared Kenya’s Fourth City Announced