Eric Omondi says, “Mimi I did my part, I spoke to Ruger people and Simple Boy people and they were to be paid and infact everybody was paid including Ruger, Ndovu Kuu, Kusa and all the DJs. All along, I knew Stivo had been paid only for the managers to tell me hajalipwa just as I was calling him to come to the stage.”

Looks like the Mihadarati hit singer has a big team, and if things continue this way, the Kibera rapper might not make any money out of his talent.

“Stivo Simple Boy Management must resign immediately or I’ll have the arrested. How do you bring an Artist all the way from Nairobi na hata hajalipwa hata shillingi moja, kwani kazi yako kama manager ni nini? Alafu you only inform me of this at the backstage last minute. Alafu mnakula 84,000 worth of food and drinks and Stivo ajalipwa? Alafu why does Stivo have 4 Managers?”

Stivo insists that, the organizers were supposed to pay him, it’s not his work to beg for payment.

He says someone can only do their job when they’ve been paid; which is simple logic.

Stevo Simple Boy, the singer of the hit song “Freshi Barida,” has apologized to his fans for missing the Sofire Fiesta event in Mombasa, which had Nigerian artist Ruger as the main act.

Why should they be reminded to pay the artist though? 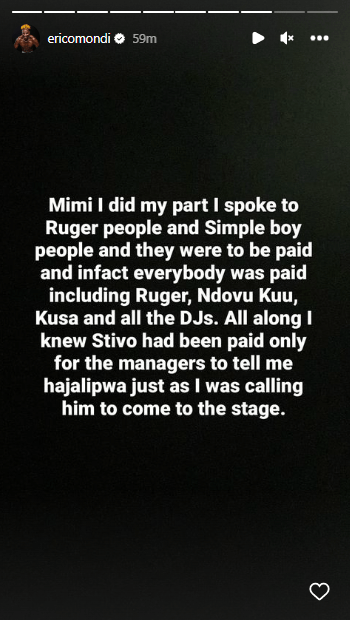 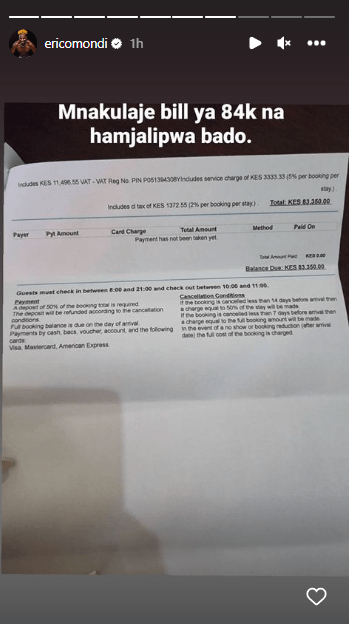 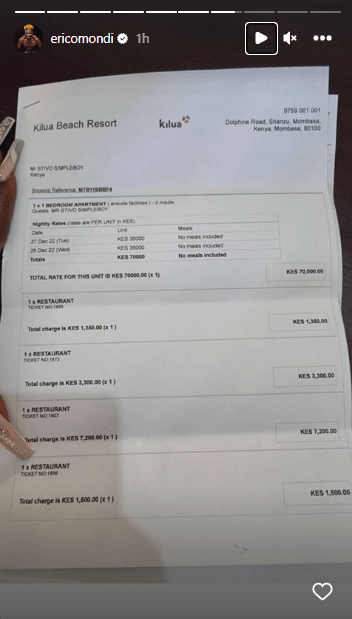 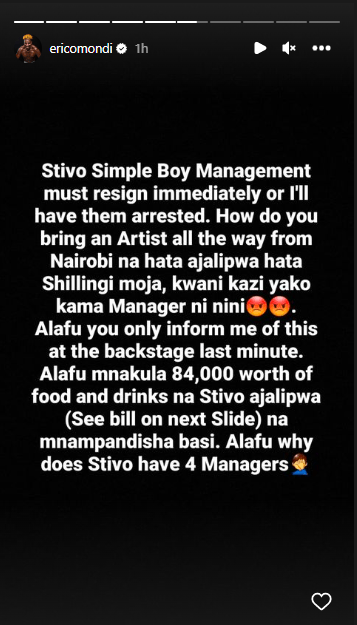