More
HomeCelebrityKOT Marvels At Staggering Number Of Men Said To Have Slept With... 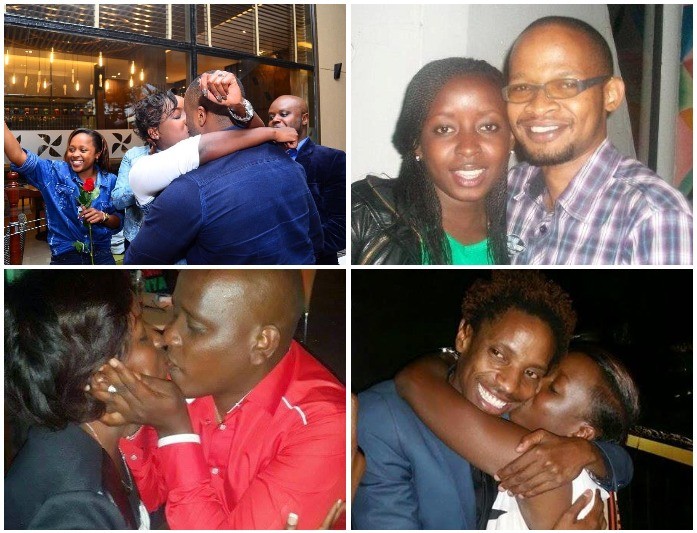 Kenyans on Twitter (KOT) are pondering on the long list of men said to have slept with Jacque Maribe at one point or another over the years.

Maribe was portrayed as a loose woman after Eric Omondi stated that he didn’t sire her son and demanded DNA test to prove paternity.

Eric Omondi demanded a DNA test done on Maribe’s son for him to fully support the kid, this after the former Citizen TV journalist accused him of being a deadbeat dad.

“I have built this brand for 14 years and for an intelligent woman like her to wake up and stand branding me names makes me very angry. Someone should advise her to stop exposing this child, he will be ridiculed. Why didn’t she just call me and ask about the post that triggered her to call me a deadbeat? I am willing to take the test and even if it comes out negative, I will still take care of that child. He is very innocent,” Eric Omondi said in an interview with Word Is.

In a detailed post on Tuesday November 2nd, Omondi said he had begged Maribe for seven years for a DNA test to ascertain if he is the biological father to their son, but she refused.

“She got very offended and refused my request. For seven years I have begged Jacque to allow us to have a DNA test and she has continually refused! I don’t mind supporting the child but if you want me to be fully present and supportive, if you want me to be a father. Then we have to do the right thing!” Eric Omondi wrote in part.

The comedian further speculated that Maribe’s son could have been fathered by journalist Sam Ogina, claiming that the two were dating at the time.

The speculations about the paternity of Maribe’s son is what prompted KOT to come up with a list of men said to have slept with her in the past.

Tweeps compiled names of men alleged to have bedded Maribe, some including her former fiancé Joseph Irungu ‘Jowie’ and colleagues in the media fraternity such as Sam Ogina, Oliver Mathenge, Dennis Itumbi among others.

Below are some of the tweets concerning Jacque Maribe’s body count:

#BabaWhileYouWereAway , Eric was smashing Maribe who was dating Oliver Mathenge whose wife was badly stroked by Kibe. Maribe who Itumbi was salivating for was Sam Ogina’s side chic who was dating Njeri who Eric wanted to chew. Incase you forgot, there is a FOOD WEB.
Welcome Baba

Star editor, Oliver Mathenge was heavily trolled on Twitter after Kibe grabbed his wife's breast. VAR shows that Kibe not only grabbed the tits but he also squeezed them…… Referee waves play on.

GIL BEY'S made Jacque Maribe to cheat on Sam Ogina with the drunkard Eric Omondi and later went to Denis Itumbi to remove the hungover which Eric Omondi put on her after that one night thing & that's how the child came..Now Eric blem it on Whiskey & wine.. ? pic.twitter.com/k3PyOp3iyS

There is a yet one more twist to be added to this Jacque Maribe's child. Sio wa Sam Ogina, Eric Omondi, Dennis Itumbi, Jowie…. But one thing is clear if you look closer. This child looks so like crazy kennar! Look at that forehead and the airline. DNA confirmed! pic.twitter.com/g0OUzzGtRV

HNIB too much silence today!!