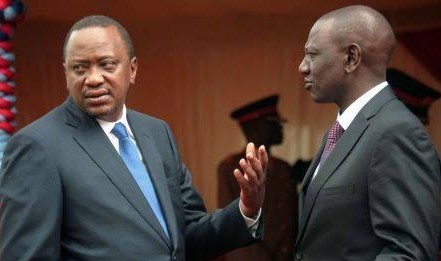 Deputy President William Ruto has declared an all out war with his boss President Uhuru Kenyatta if his recent remarks are anything to go by.

Speaking at an empowerment drive in Kitutu Masaba constituency on Thursday, October 15, the second in command did not hesitate to hit out at his Uhuru over what he termed as “killing” the Kenyan dream by focusing too much on the Building Bridges Initiative (BBI).

Ruto who has mostly been sidelined in the running of government affairs since the March 2018 handshake between the president and former prime minister Raila Odinga, maintained it was time to have a new conversation in Kenya as he popularised his so-called hustler movement. 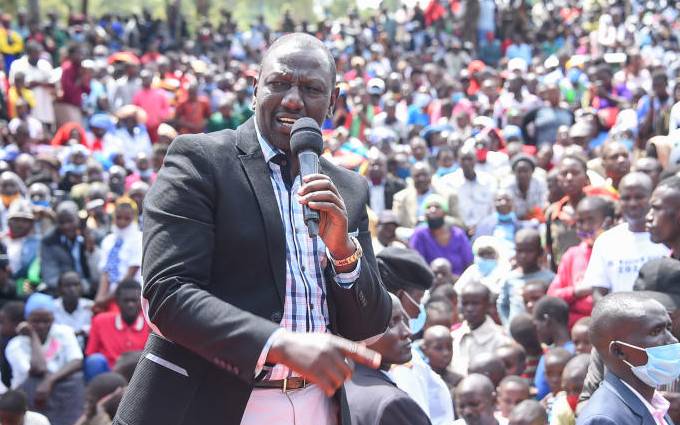 “We had the national housing program as one of the Big Four agenda that was aimed at building 500,000 houses every year across the country. The program was to create jobs for plumbers, carpenters, masons, electricians, and engineers,” a seemingly angry Ruto said.

Stalled projects The Jubilee deputy party leader regretted how the administration he is part of had failed to fulfil most of the promises it had made to Kenyans before the 2017 General Election. “But the jobs have stalled because we have been told there is a very important project…the project of BBI, which is geared on creating three or four jobs for some few people,” he said.

The ambitious and energetic politician argued he and Uhuru had started their second term well before Raila came into the equation “disrupting” all the programs they had planned to roll out. “We always talk about changing the Constitution but this time around we are going to engage in talking about changing lives of the poor in the country. We must empower the lowly people first and move upwards to provide for top leadership positions.

We will go contrary to anything they are doing. I am not mad. I am not drunk and I know what I am saying. From down-up it’s possible, but not up-down,” he said. Several leaders across the country had called out Ruto over Jubilee’s unfulfilled promises. At a meeting for leaders and professionals at the Tea Research Foundation in Kericho for instance, leaders called out the DP for being misled by sycophants from the region instead of them focusing on development.

HERE IS THE VIDEO: