China has become the second country in the world, after only United States, to plant its national flag on the moon.The pictures from China's...
Read more
Home Business Equity Bank refunds Shs 900,000 siphoned from woman's account
Business
October 2, 2020 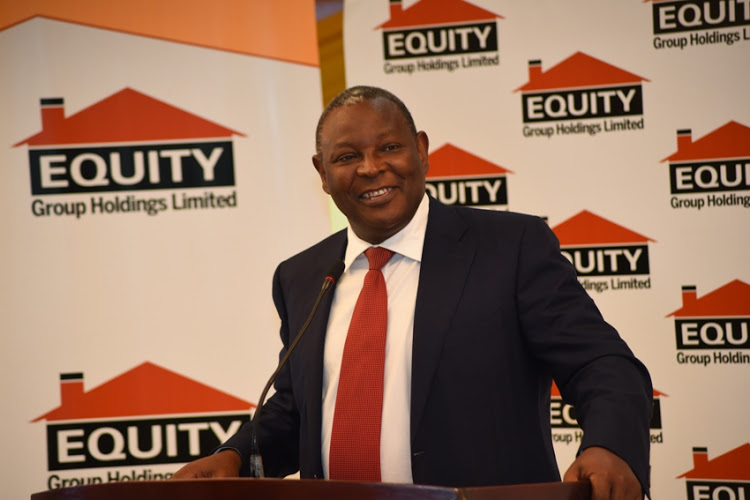 Equity Bank has refunded a customer who lost her life savings through fraudulent bank employees.

Asnael Moturi, aired her grievances through her son, Cerebral Assassin on Twitter, making the hashtag boycott equity bank trend for most of Tuesday.

The mother of three lost Sh900,000 a day after registering an Equitel SIM card at Equity Bank, Kisii Branch.

She lost her ATM card on Sunday, September 27 and upon seeking help at the bank on Monday, the card was blocked. She reported the matter at Ogembo Police Station.

The bank advised her to register a line and to switch her phone off her phone for 24 hours for activation to take place.

Equity bank informed her that one of their agents would reach her after the period lapsed. True to their word, she received a call on Tuesday from a Kisii Branch employee who helped with the process.

While the bank has refunded the money, they did not admit liability on their part for the loss that has been experienced by other customers.

“The bank called me my mum for cross-examination today. They asked her questions on the circumstances under which the money was siphoned and decided to refund her based on the precinct that she did not go there to get an Equitel line, she went to get an atm. Something around that. The bank did not issue us with an official statement,” Cerebral Assassin told a local blog.

A Kenyan, John Kamanga, is one among a few people accorded the Tusk Award for Conservation in Africa by the Duke of Cambridge, Prince...
Read more
Business

The Central Bank of Keny (CBK) has raised an alarm over the rising borrowing by State firms from commercial banks.CBK cites that increased borrowing...
Read more
Business

Revealed, SportPesa Was Secretly Sold In A Sh14 Million Deal

The valuable SportPesa gaming brand was reportedly sold for Ksh14.7 in June 2020, promoting an internal fight among its founders, according to Business Daily.Prevans...
Read more