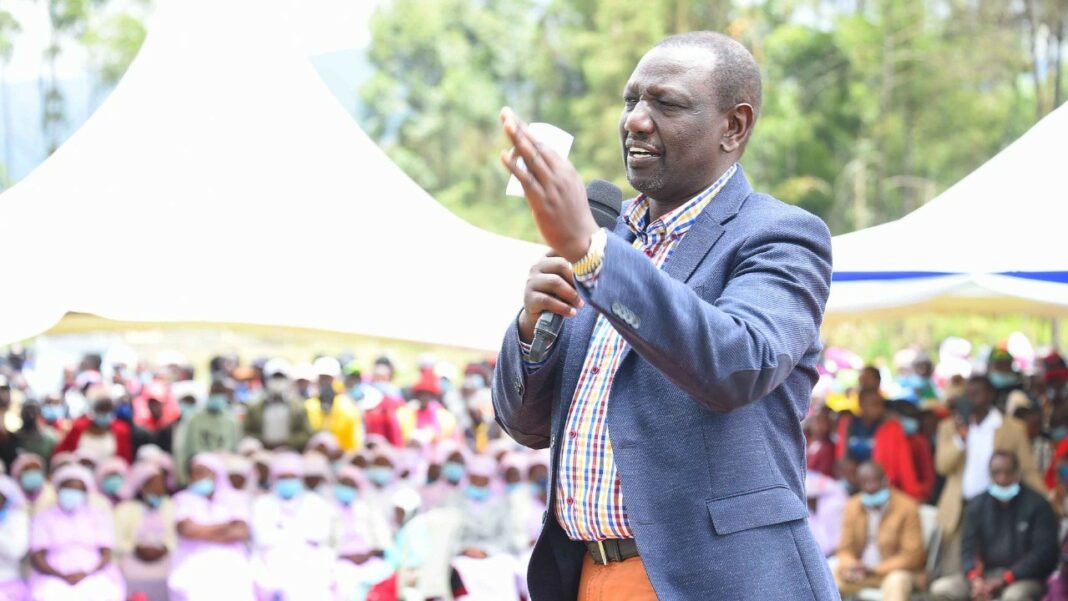 Ruto dismissed the meetings saying that he does not need an approval from the tycoons to become the president of the country.

Speaking during a rally in Laikipia, Ruto said that the tycoons do not represent the people of Mt. Kenya while referring to the meetings as interviews to appoint the president.

“People of Nyahururu, I want to ask you one thing. These people who hold meetings in hotels to endorse leaders, did you send them?” Ruto asked.

He further said that the foundation is not in position to determine who becomes the leader.

“Are they the ones to make the decisions or are you the ones who should? Will the president be chosen in big hotels or on the ground?” Ruto posed.

“If they want to protect their businesses, they should know that even the common citizen wants to secure what they have,” he remarked.

According to the second in command, the meetings will not bear any fruits unless they explain how they will address the country’s economic challenges.

DP Ruto also gave a donation of Kshs2 million to the business people in Nyahururu while revealing that he has been giving out his own money.

He stated that he will begin using the government’s money when he becomes the president.

“I want everyone to understand one thing. The money we have given today is from our own pockets. We will start using the government’s money next year,” Ruto noted.

This comes just days after the Mt. Kenya Foundation held a meeting with the One Kenya Alliance principals. A similar meeting was held with ODM leader Raila Odinga last month.

The group has however expressed no intention of meeting with the deputy president.

RELATED STORY: Raila Odinga Reveals What Will Make Him Back Out Of The 2022 Presidential Elections Race