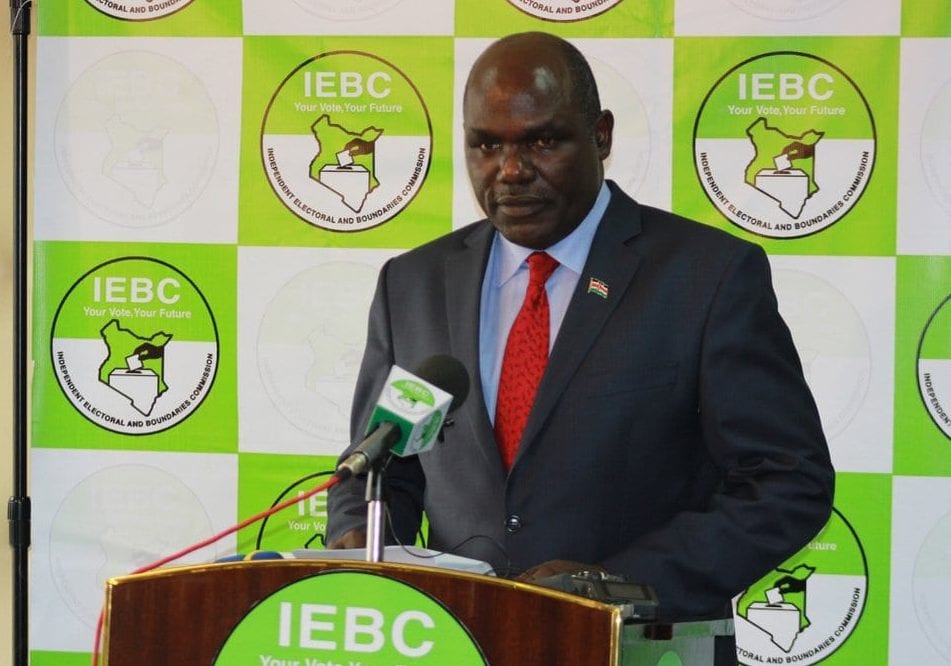 The Independent Electoral and Boundaries Commission Chairman Wafula Chebukati has kick-started the process pf filling crucial vacant positions in the commission including ICT and Procurement managers.

This comes as the electoral body begins to prepare for the 2022 General Elections. The Chebukati-led commission has advertised for 69 vacant positions.

At the top of Chebukati’s priority in search of new employees, he is looking to replace slain ICT Manager Chris Musando who was tortured and murdered days before the 2017 General Elections.

The replacement process has begun even as the country is still waiting for an arrest to be made in connection with the brutal murder of Musando.

A month ago former IEBC commissioner Roselyn Akombe gave a hint to the murder claiming “Musando was led to the slaughterhouse” by commission insiders.

She has offered to testify if she is called to do so.

Apart from the ICT managers position, IEBC has also advertised for two ICT assistants for Vihiga and Kwale counties.

Another high profile post to be filled by the IEBC is Supply and Chain Manager for Procurement.

While county assistants will be recruited for Marsabit, Lamu, Turkana, Samburu, and Mandera counties.

From 2021, the electoral commission will begin the boundaries review and complete it before the 2022 polls.