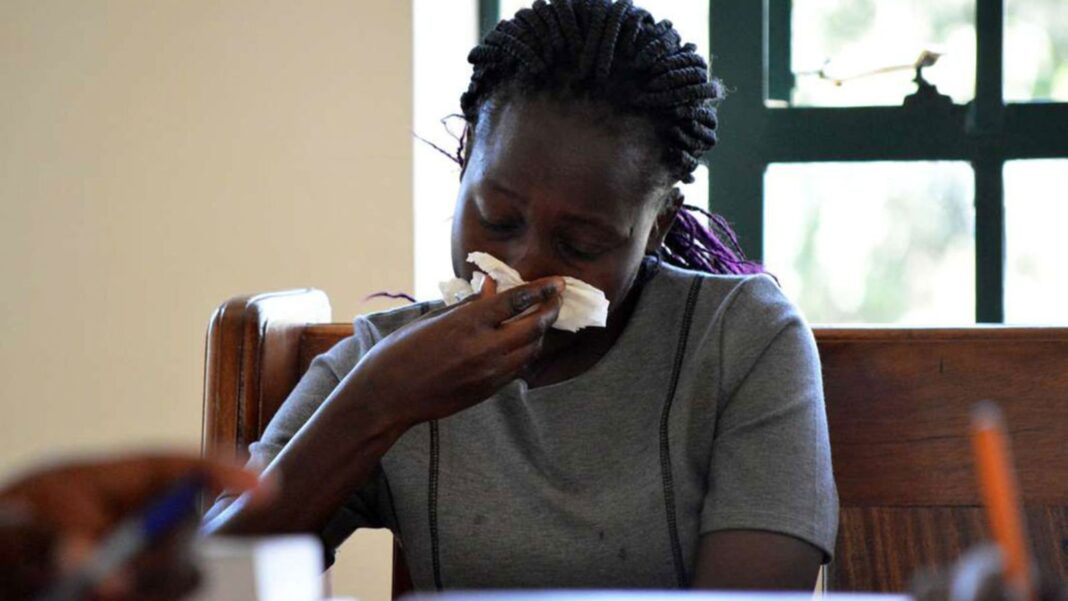 During the launch of the BBI report on Monday, mother to baby Pendo gave an emotional speech recounting how she lost her baby girl during the post-election violence in 2013.

Speaking during the launch, Lenser Achieng’ – Baby Pendo’s mum said her together with the family attend the launch to preach peace.

The seemingly emotional Lenser said, ” Pendo was uprooted from my garden, and can never be replaced by another person.” adding,” I can be given another person but not baby Pendo.”

She asked politicians to sell their agenda and allow citizens to votes and those that have been defeated to accept the election results.

“Those who have been defeated to accept the results while those who have won to help the country move on,” She said.

She also requested the political class to refrain from provocative languages that may stir violence among young who end up getting hurt.

“Let it be the last of political violence. Let no woman mourn the death of her child… Politicians don’t let us been the victim of violence crying in agony as you move on with your lives,” she said.

“… You should also come to check on us (victims of post-election violence) to see how we can move on.”

She also praised the President and ODM party leader Raila Amollo Odinga for shaking hands and letting the country move on in peace and prosperity.