President-elect Joe Biden is now at per with the incumbent Donald Trump in as far as awareness to national security issues are concerned.Biden started...
Read more
News 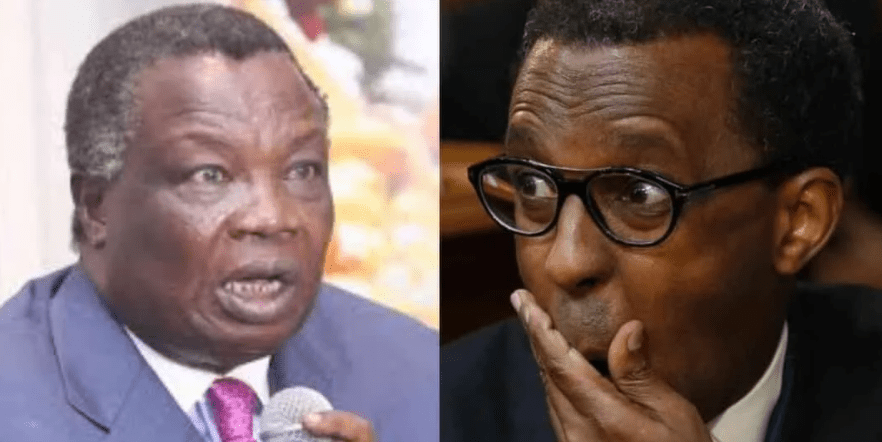 It all began after lawyer, Ahmednasir took to Twitter and questioned who gagged the firebrand Atwoli.

Hitting back to the counsel, Atwoli said he can choose to work anywhere he wants.

“I can choose to work from my office in Nakuru; Solidarity building; Khartoum; Brussels or Geneva,” Atwoli said.

Atwoli went ahead and accused the flamboyant lawyer of swindling money from his clients.

“While I am currently busy negotiating for salaries in Nakuru you are busy swindling money from clients,” he said.

“The Kajiado meetings are on strategic political issues. I am a trade unionist.”

Without letting things go, Ahmednasir told the trade unionist that he will one day be asked to account for his billions but he (Atwoli) will find it difficult to do.

“One day Atwoli will be forced to account for the billions he has…one day…one day….” he said.

The Atwoli however denied being a billionaire saying he was just a “hardworking man”.

“I‘m not a billionaire. I am just a hardworking man who enjoys the sweat of my work. But unlike you I am a generous man,” he said.

“I share the little that I have with friends. So please don’t confuse my generosity for being a billionaire. Kenyans know me for my work. What are you known for?”

Speaking at a national TV during an interview last year, the Cotu boss said he has two bank accounts – a savings one and a current one – and he has 26 cows, 15 of them being in Khwisero and 11 in Kajiado.

Atwoli stated that he had been working for over 50 years hence no one should question his wealth.

This is not however the first time Atwoli and the senior counsel find themselves in a bitter exchange.

In March this year, the City lawyer tore into the Cotu Secretary-General saying he was illiterate.

When asked by Jeff Koinange during the JKL show the role of Atwoli in advising the President, the City Lawyer laughed off the matter saying Atwol was incompetent.

“You know David (Jubille Vice-Chair) is my friend and I have a lot of regard for him, If he advises the President, I have no problem with him he has the right intellect, he has the personality and I like him a lot.

Responding to Ahmednasir’s statement, Atwoli said he went to the US to study a Trade Union course and compared the Senior counsel with his sons.

“You were here when Jubilee Party hired him…can you compare him with Otiende Amollo? Paul Mwangi? Even my son who did medicine is now an expert in constitutional affairs,” said Atwoli.

“I was in the US doing a Trade Union course… Grand Mullah should not compare himself with me but with my sons…He should keep quiet,” he added.

Related: Atwoli reveals the reason he and lawyer Ahmednasir Abdullahi don’t get along

President-elect Joe Biden is now at per with the incumbent Donald Trump in as far as awareness to national security issues are concerned.Biden started...
Read more
- Advertisement -
News

President-elect Joe Biden is now at per with the incumbent Donald Trump in as far as awareness to national security issues are concerned.Biden started...
Read more
News

An elderly woman from Nyamaroka village in Rongo, Migori County, is said to have committed suicide over a church debt amounting to Ksh.20,000.Area Assistant...
Read more