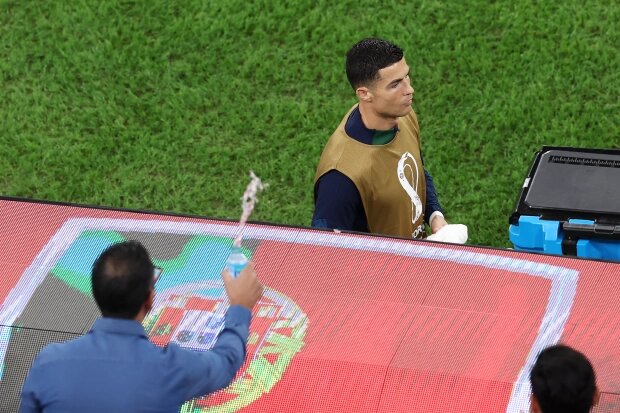 A fan was kicked out during the 2022 World Cup quarter-final clash between Portugal and Morocco after throwing water at Cristiano Ronaldo.

The incident took place at the Al Thumama Stadium while Ronaldo was still on the bench, having started the crunch clash as a substitute once more.

Photos show a fan appearing to throw water in the Manchester United legend’s direction from a plastic bottle. 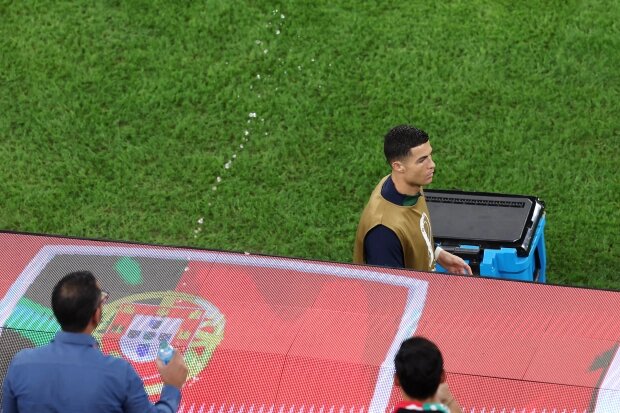 The unidentified man then seems to be confronted by some other fans that were sitting next to him at the stands.

A video then emerged showing the fan being held back by security staff.

Angry fan escorted out for throwing water on Ronaldo. Not difficult to show some respect. Good result. pic.twitter.com/HHVLv051Y4

It has been claimed that he was then escorted out of the stadium following the incident.
Ronaldo came on as a substitute on 51 minutes on the night that saw Portugal getting eliminated from the World Cup.

En-Nesyri met a stunning cross from the left by Yahia Attiyat Allah and headed the ball past Diogo Costa.

Ronaldo endured a turbulent World Cup, which started with a bombshell interview that saw him slamming Manchester United from top to bottom.