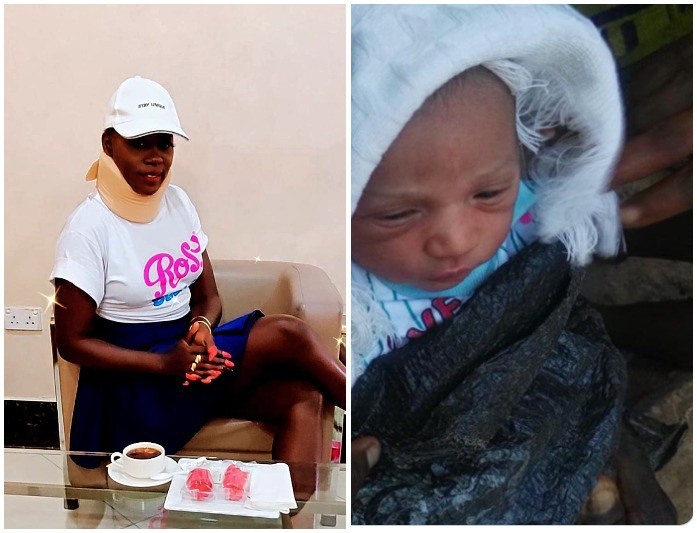 Two abandoned babies rescued by school-going children along Kehancha-Taranganya road in Migori county could have a new home if Akothee is successful in adopting them.

The babies of an average age of one and three years were put in separate sacks and dumped by the roadside by unknown people.

The two babies – a girl and a younger boy – were discovered Tuesday morning December 1st by children who were going to school.

The babies were taken to hospital and are currently at a children’s home. It was later revealed that the two babies were under the care of their father after their mother left the matrimonial home because of family disagreements.

Akothee has since come out and offered to adopt the two abandoned babies. She said she had been trying to adopt another baby and the process is taking too long.

The mother of five further explained that it’s her desire to adopt children because her own biological children are now grown and don’t need her attention.

She begged authorities to give her the two abandoned babies that were dumped by the roadside in Migori county.

“If this children are alive , please give them to me 🙏 I am in the process of adopting a child and it’s taking forever 🙏.

“My children are all grown and don’t need my attention, kindly give me this babies and see Gods miracles 🙏.I have more than enough to share with them 🙏 most rooms and. Beds have been empty since my children left for for further studies ,and my uterus is taking too long to bring somebody 🙏 miyauru nyithindo hi asayou 🙏

“Sorry for the mother who did this ,I can’t judge you ! I have no idea what you are going through ,God be with you 💪 Please migori county tell me when to come to where the kids are 🙏,” wrote Akothee.

Related: Sickly Akothee Vows To Get Pregnant For Nelly Oaks To Express Her Gratitude

Kosewe Ranalo: I Have To Wear Baby Diapers Every Minute