It is exactly 81 days to August 9, the most awaited date this year that Kenyans will be participating in general elections.

As the preparations for the big day go on, several things are bound to happen in between. So far most of those who want to be elected have declared their interests as the official campaign period is yet to begin. The campaigns will run from May 29 to August 6.

A number of politicians might however fail to get to the ballot, majorly because of the legal hurdles on their necks. Some are facing allegations of murder, gross misconduct and  others forgery and fraud. With that, IEBC might decline to clear their nominations for various positions Those affected include:

Gideon Mbuvi who is popularly known as Mike Sonko is eyeing the Mombasa gubernatorial seat after he was unceremoniously impeached in December 2020 as Nairobi governor.

Sonko hopes to vie for the seat under a Wiper party ticket but his clearance might take a while since IEBC has been barred from clearing his name by a Mombasa court pending the hearing and determination of petitions seeking to disqualify him from contesting in the general elections.

The petitioners argue that the politician was removed from office for violating the constitution, failing to promote public confidence and integrity issues in the office of the governor among other offenses.

Previously, the Director of Public Prosecution Noordin Haji had also said that impeached governors should be blocked from vying for elective seats. 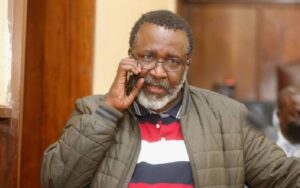 Linturi, who is seeking to be the governor of Meru County after the August 9 general elections on a UDA ticket, is another politician with a soiled reputation.

The senator has been involved in scandals and numerous court cases with the latest on case on his neck being the mysterious death of his house girl Edith Kananu in 2018 and an unresolved murder of his business associate Dr. Stanley Maroe Mugwika.

DCI has described Linturi as a habitual offender and always seems to walk away scot free.

The police now want the body of Kananu to be exhumed so that a probe into her death can be launched.

With the murder cases on his back, Linturi’s clearance won’t be a walk in the park. 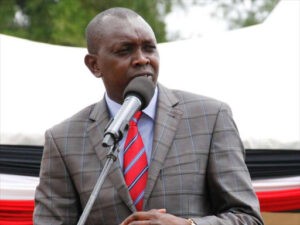 The vocal MP of Kapseret and a key ally of DP William Ruto also has enough troubles with the country’s legal system.

Sudi allegedly used  a forged high school certificate to get into the country’s powerful house, The National Assembly.

Sudi claimed that he sat for his KCSE at Highway Secondary school in 2006 and that he was index 81.

Patrick Maritim, who was the school’s  principal at the time however told the court that Sudi did not sit for the exams at the school that year and Index 81 belonged to Nicholas Otieno.

“Sudi did not register nor sit for the 2006 KCSE examination. His name did not appear anywhere in the school’s register at the time when l was the principal at Highway Secondary School,” Maritim said.

If the court finds Sudi guilty of forgery, his parliamentary ambitions will be in jeopardy.

RELATED STORY:“He Did Not Do Any KCSE”- Sudi Embarrassed In Court After Former Teacher Disowns Him