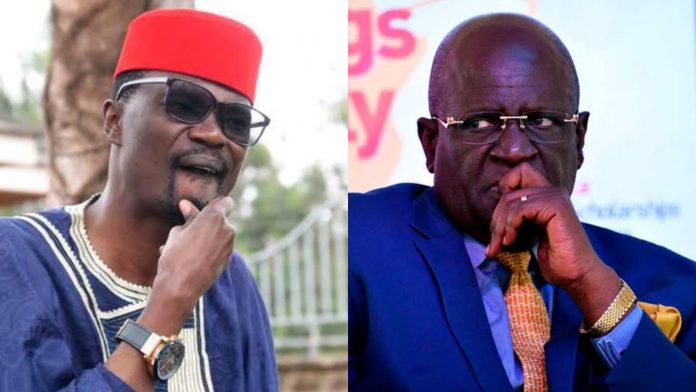 Kimilili MP Didmus Barasa has bashed Education CS George Magoha for calling upon William Ruto’s government not to scrap the Competence Based Curriculum(CBC).

Taking to social media, Barasa urged Magoha to go ahead and employ himself since he claims that CBC promotes self employment.

He further accused him of showing signs of wanting to be employed in Ruto’s government.

“I have heard @CsMagoha,cs Education urging the Government not to scrap CBC. He opines that it will encourage self employment. My question to you sir is this, you are a highly qualified Medic by training, why didn’t you self employ yourself instead of seeking employment as Vice Chancellor at the University of Nairobi, now CS Education and more so, you are sending signals to William Samoei Ruto to retain you in his Government.?” Barasa said.

This comes days after he accused teachers of taking advantage of CBC to finish chicken from parents’ homes.

“Teachers have exhausted chicken, there are no more in our homes. They send for them saying they want to teach. They end up eating them. This CBC should be scrapped,” the lawmaker claimed.

CS Magoha has been defending CBC urging the new government to uphold it. In his speech during the launch of 94th music festival in Kisumu, Magoha noted that CBC is the soulution to unemployment in the country.

“You don’t have to say I pass to go to university. You go and create a company and employ those who went to university. And employ many of them because you will be talented. That is the life that our children must consider,” the outgoing CS said,

President William Ruto however said that he will set up a taskforce that will review the new education system.

“We are particularly alive to the anxieties of parents on the twin transition of the last 8-4-4 class and the first CBC class in January next year, I assure all that there will be a solution of the matter before then,” he said during in his speech during his inauguration.

RELATED STORY:Anger As Raila Urgently Lands In Kisumu To Direct MCAS To Elect His Preferred Speaker