Worrying Data As 20,000 KCPE, KCSE Candidates Fail To Report Back To School

At least 20,000 KCPE and KCSE candidates failed to report back to school as government announced the phased reopening of schools.

This is according to Government data obtained from counties which indicated that a total of 20,000 students comprising Grade 4, Class 8 and Form 4 students failed to report back to school.

A number of factors identified as having contributed to the high number of students failing to report back to school included teenage pregnancies, early marriages, circumcision, child labour and parents’ fear of Covid-19.

The floods ravaging various parts of the country also contributed to a number of students missing school as their families are displaced and some schools left inaccessible due to raging waters.

There are concerns about the students reporting back to school in January 4 after having stayed out of school for close to 10 months due to the pandemic. 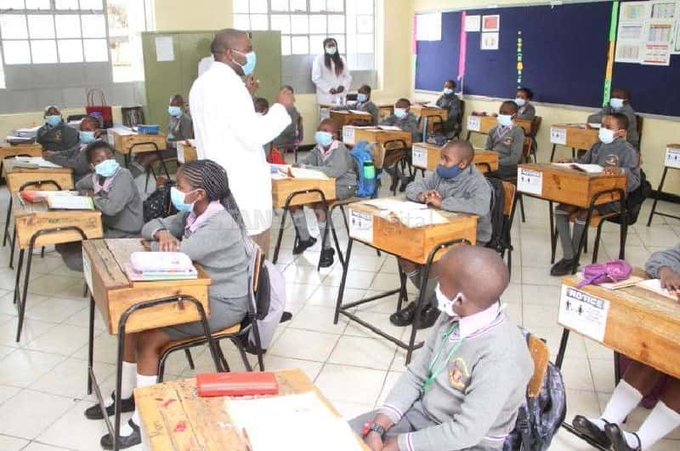 Back in October, the Ministry of Education tasked Nyumba Kumi officials, Chiefs and their assistants to track down students who failed to report back to school.

Headteachers were asked to keep and update records of pupils on a daily basis and forward the names and classes of those found missing to the respective chiefs or their assistants for follow-up.

According to data, the North Rift region had a high number of drop out cases with 13,000 staying at home after schools reopened.

Nairobi was part of the counties that reported thousands of students who failed to resume learning with 2,817 Grade 4 students failing to return to schools.

A total of 1,529 Class 8 candidates and 775 Form 4 students did not report back school as of November from the capital.

Meru county also reported a high number of drop out cases with 8,758 candidates being traced after not returning back to school.

Some counties, however, reported a high number of learners returning back to school with Nyeri recording close to 100%.

“We asked the head teachers and principals to follow up and discuss with the parents of those who had not returned,” she said.