Why You Should Immediately Stop Using Kitchen Sponges For Washing Utensils 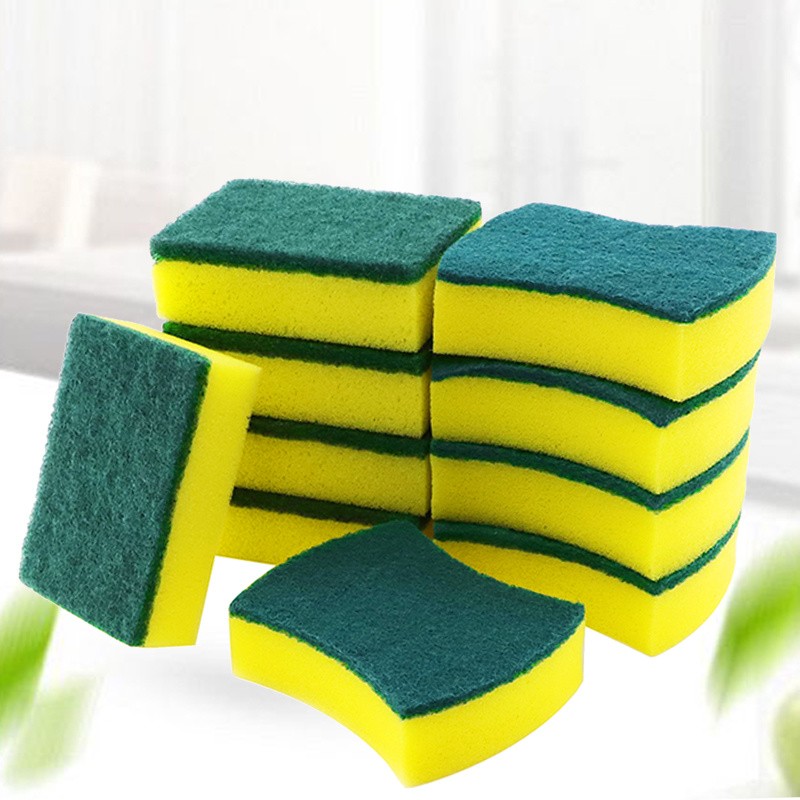 A huge population is used to washing utensils using sponges that are cheaply available in supermarket shelves.

A new study however suggests that use of sponges is not the safest way to clean our utensils.

According to the study that was conducted by Norwegian researchers, brushes are more hygienic in cleaning utensils as compared to sponges. This is because sponges tend to harbor lots of bacteria.

“Salmonella and other bacteria grow and survive better in sponges than in brushes, the reason is that sponges in daily use never dry up,” Trond Moretro, a research scientist from  food research institute, noted.

According to the researcher, a single sponge harbors more bacteria than the number of human beings in the world.

Not all of the bacteria found in the sponges are harmful but ones like salmonella tend to cause harm to humans. They can spread from the sponge to kitchen surfaces, one’s hands and equipment making one to be sick.

The researchers also found that it did not matter whether the sponges were cleaned or not.

“That the way the consumers used their sponges did not matter much regarding growth of bacteria. It is very difficult for consumers to avoid bacterial growth in the sponges as long as the sponges are not replaced daily,” Moretro said.

In the US, the United States Department of Agriculture, advised the bacterial load on kitchen sponges can be reduced by boiling or heating them in microwaves even though the method is not adequate.

The findings were arrived at following a study of  20 used sponges collected from families in Portugal, 35 brushes and 14 sponges people living in Norway.

All the sponges were used for washing dishes, scrubbing pans and pots.

Monkey Pox: Details Of The Viral Infection And Group Of People That Are At High Risk Of Being Infected

“I Pay To Urinate” Man Who Had 3 Unsuccessful Kidney Transplants, 3 Months To Live Opens Up

Wonders Shall Never End! Meet Kenyan Doctor Who Walks Barefooted, Here Is Why He Doesn’t Put On Shoes