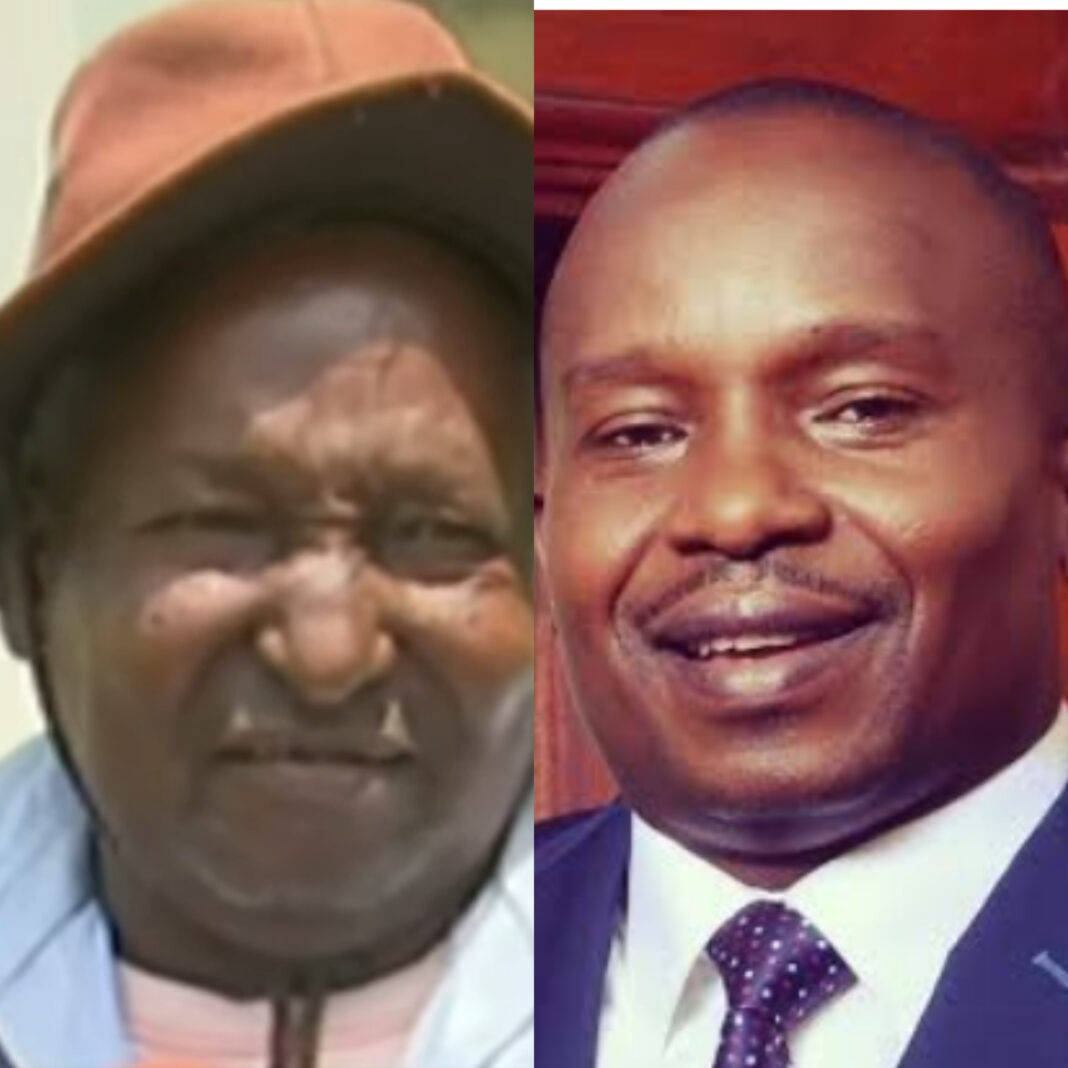 Prof. Kithure Kindiki is among few people that are hoped to be selected as Deputy President William Ruto’s running mate ahead of August 9 elections.

Ruto is expected to make the announcement any time today and the anxiety has got Kenyans guessing whether luck will fall on Kindiki, Mathira mp Rigathi Gachagua, National Assembly Speaker Justin Muturi or Kirinyaga governor Anne Waiguru.

Kindiki, senator for Tharaka Nithi,  is the last born son of Daniel Kindiki and Anne Kindiki. They have 5 sons in total and four girls. According to Daniel all his sons are professors except for one who is a doctor(PhD holder).

Speaking to KTN, Daniel revealed that Kindiki displayed political characters while he was still in high school.

“While in secondary school, he started the [political]  things. One day he went to Mukothima where there was distribution of fertilizer. He took a 50kg sack, carried it on his back and brought it to me. I asked him what it was for and he said it was for farming. He further said that if it was up to me to make use of resources issued by the government,”  Daniel said.

At the moment, Kindiki educated him how the government was using resources meant for Kenyans.

“I was shocked that I didn’t have the mind to do so, yet he did as a child. He joined Moi University after Highschool and I heard that he was appointed the students’ secretary general,” Kindiki’s father recalled.

He later went to South Africa for further studies. While still a student, he returned home and led a group of people who were constructing boreholes in the region.

“I asked him how he got to be selected by the elders yet he is still a student  and he said that they saw he had the love to help people. That is when we saw he is a politician because he was doing things that his elder brothers had not done before,” Daniel Kindiki said.

Later after his studies, his parents were shocked to see him on the TV in The Hague. They did not understand how he ended up representing Ruto in ICC over the crimes against humanity following the 2007 post election violence.

“But from there, his dream in politics started developing. At times he tells his brothers that he wants to lead the country,” he said.

From the Hague, that is when Kindiki fully immersed himself in politics and went for the senate seat(which he won), even though he was a fresher  in the field.