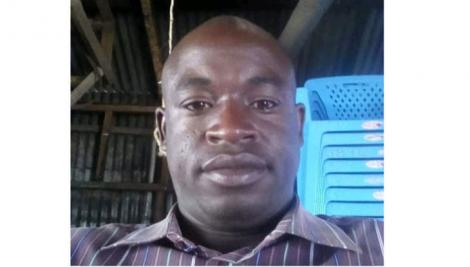 The sad news of the murder of  Kisumu businessman who went missing on Wednesday, September 30, gripped Kisumu residents.

The body of Thomas Ochieng was recovered at a beach in the shores Lake Victoria by a coast guard on duty.

Kisumu Residents Association Chairman, Audi Ogada noted that the death might have occurred earlier because it took the forensic team up to four hours to identify the body of the businessman.

“The county commander I talked to said he was found at Lwang’ni Beach by the coast guard. They could not immediately identify the body because it had decomposed. It took them three to four hours to identify the body,”  Ogada said.

Alghough they are many speculations on what caused her death, sources who are the know believe his murder was political.

According to a source. the late Thomas was one of the prominent people who went to Kapsaret to meet MP Oscar Sudi in preparation for DP Ruto’s visit to Kisumu.

” It is true he is one of the people who met Sudi at Kapsaret, but we do not want to speculate on his death,” added our source.

The deceased is said to have been among the first people to set up a hotel at the popular Dunga beach.

He also ran the popular Casablanca nightclub on the same beach.

The body was transferred to Jaramogi Oginga Odinga Referral Hospital in Kisumu.

Ogana was the first to raise an alarm after murders increased in Kisumu region with the latest being that of a teacher who reportedly disappeared without a trace.

The vehicle that the teacher was using was later recovered, but his whereabouts remain unknown.

Donald Trump lost all appeals to reverse Joe Biden's win in Pennsylvania in the state's courts, now the president wants to try his luck...
Read more

A young South African woman has taken her own life after complaining about her boyfriend in a post on her Facebook account.Buhlaluse Skosana took...
Read more
Death

A critically ill Kericho man, who collapsed in his house and was rushed to hospital, shocked morgue attendants after he regained consciousness as they...
Read more

Cristiano Ronaldo scored his 750th career goal as Juventus eased to victory against Dynamo Kyiv in a match refereed by Stephanie Frappart, who became...
Read more