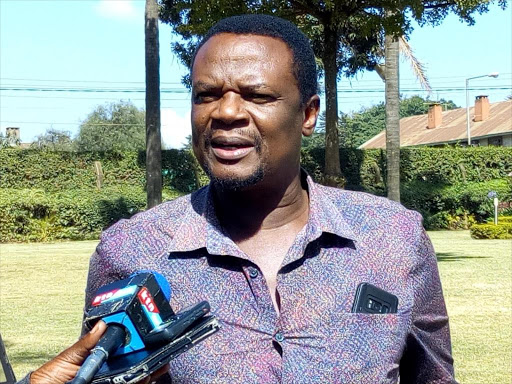 A key Deputy President William Ruto ally from Western Kenya has been found guilty in a Sh 297 million fraud case.

The Sirisia MP John Waluke was on Monday June 22, 2020 found guilty by a Nairobi court, and was remanded pending his sentencing on Thursday June 25, 2020.

Waluke has been so vocal in spreading DP Ruto’s 2022 political gospel. In January 2019, the High Court declined to stop the prosecution of Waluke.

Waluke is charged with several counts of fraud alongside businessman Grace Wakhungu over a contract his company, Erad Supplies and General Contracts Ltd, won to supply 40,000 tonnes of maize in 2004.

The lawmaker and his co-accused had last filed an application seeking to block the case against them.

High Court judge Hedwig O’ngudi, however, declined to issue the orders noting that the application had not been made in a timely manner. 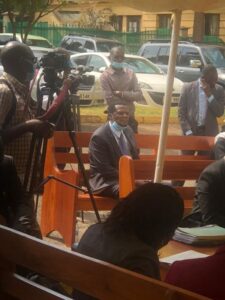 The trial magistrate Elizabeth Osoro issued the arrest warrant after Grace Sarapay Wakhungu failed to turn up for the judgment.

At the same time the magistrate allowed the investigating officer in the case to verify a medical document presented before court by Wakhungu’s lawyer after a State prosecutor disputed its authenticity.

Waluke has however been acquitted in two counts of uttering documents by false pretenses.

“The court found that there was fraud and the accused acquired money by false pretenses,” magistrate Elizabeth Juma ruled.

The two were put on their defense by magistrate Elizabeth Juma on May 21 last year.

It is alleged that on February 24, 2009, being the director of Erad, Waluke knowingly and fraudulently uttered a false invoice for Sh114 million to be used as evidence in the arbitration of a dispute between his company and the NCPB.

The alleged uttered invoice was to be used to support a claim for the cost of storage of 40,000 tonnes of maize that was incurred by Chelsea Freight.

However, even before their prosecution, the two moved to court seeking to stop the Director of Public Prosecutions.

Despite the appeal, the court declined to set aside the arbitration award which meant NCPB had to pay.

Consequently, the National Assembly’s Public Investment Committee conducted an inquiry into the contract, the arbitral award and the execution.

A report recommending the investigation of Waluke and Wakhungu was made to the Ethics and Anti-Corruption Commission.

The EACC was asked to investigate their alleged fraudulent acquisition of public property and whether or not they uttered false documents to tender for maize at the NCPB.