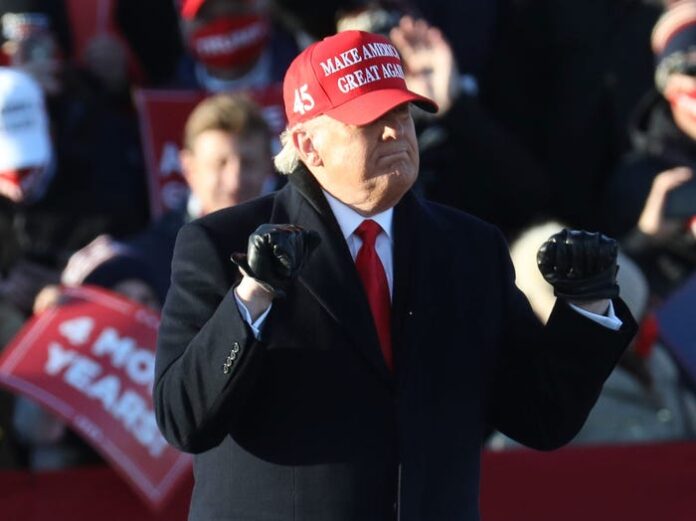 Donald Trump lost all appeals to reverse Joe Biden’s win in Pennsylvania in the state’s courts, now the president wants to try his luck in US Supreme Court.

Biden was certified as winner of Pennsylvania presidential vote on November 24th after a series of lawsuit filed by Trump’s team were rejected or thrown out of courts.

Fresh off rejections in Pennsylvania’s courts, Trump’s legal team is trying to block Biden’s win in the US Supreme Court.

Trump’s lawyers are asking the highest court in US to undo Biden’s election win certification in Pennsylvania.

They maintain Pennsylvania’s expansive vote-by-mail law is unconstitutional because it required a constitutional amendment to authorise its provisions.

Biden beat President Donald Trump by more than 80,000 votes in Pennsylvania, a state Trump had won in 2016. Most mail-in ballots were submitted by Democrats.

Trump is most likely to lose at the Supreme Court again as the quantity of affidavits, lawsuits and claims made by Trump’s legal team are spurious or often repetitive of arguments already rejected by judges and elections officials.

The president’s lawyers and his allies have asked judges in several states to take the drastic and unprecedented step of setting aside Biden’s win.

Trump has continued to lose in states’ courts in his bid to reverse President-elect win in key battleground states that have all certified Biden’s win.

Pennsylvania is a MUST win for Trump if he is to stand any chance of reversing Biden’s win. The state has 20 electoral votes.

This explains why Trump has made frantic effort to delegitimize Biden’s win in Pennsylvania, even moving the the US Supreme Court.