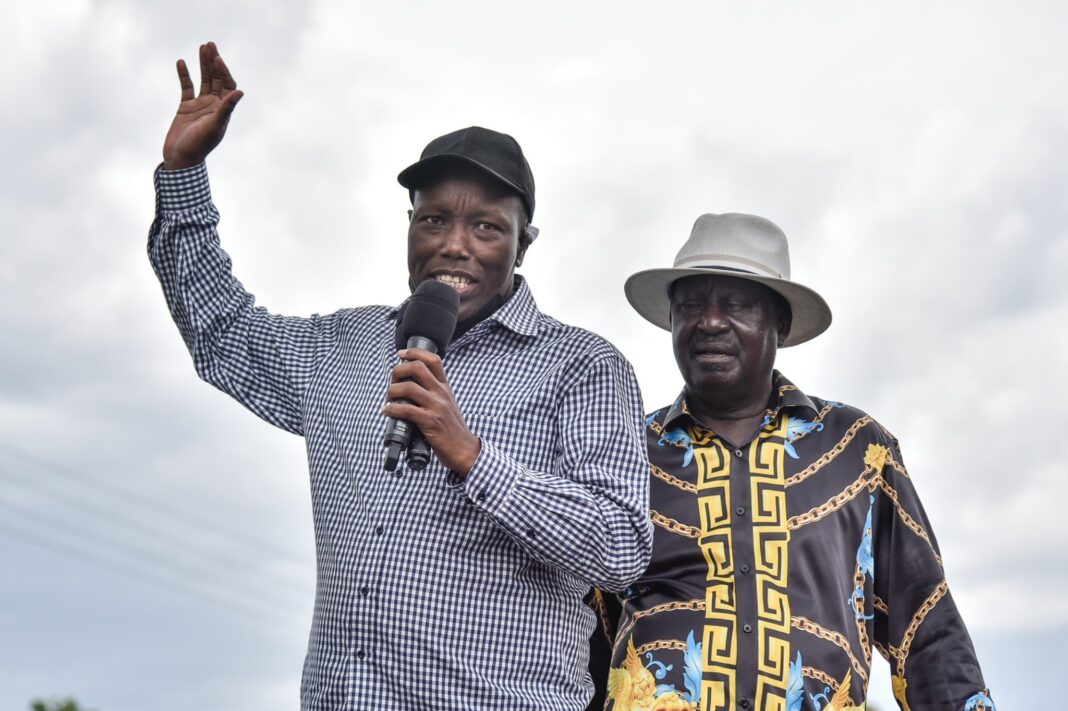 Raila Odinga vowed that unemployed Kenyans with be paid Ksh6,000 monthly stipend should he clinch the presidency in 2022.

Speaking at Naivasha during on Saturday October 9th, Raila said the creation of a social welfare state will facilitate the disbursement of the Ksh6,000 to help unemployed Kenyans survive.

Raila said he wants every Kenyan to get a job but noted that those who fail to secure employment will be helped by the state with a little monthly stipend.

“We want every Kenyan to get a job but for those who are unemployed, there will be a social welfare state through which they will get Ksh6,000 monthly stipend,” Raila said.

Raila’s pledge was met by criticisms from his detractors who said his Ksh6,000 monthly stipend can’t be supported by the current budget.

However, Raila on Sunday reiterated his promise to support unemployed Kenyans should he become the president while speaking in Nyahururu.

Allies of the ODM leader took to social media to explain how it is possible for millions of unemployed Kenyans to be paid Ksh6000 a month.

Some of Raila’s allies said that once he stops corruption in government where billions are lost daily then his pledge will be easy to achieve.

Not even that. We lose 2Bs per Day. 60Bs per Month. 720 Bs per Year. What Baba said is Practical and Implementable. It is up to the Son of Man ( Ruto) and His converts to also tell us they will get money to empower Youth.

Homa Bay Town MP Peter Kaluma noted that there was a similar initiative in parliament to have unemployed Kenyans paid Ksh3,000 a month stipend but was blocked by William Ruto’s ally Kikuyu MP Kimani Ichung’wah who was the chairman of budget committee.

The legislative proposal to give unemployed youths 3k monthly ( Baba @RailaOdinga has proposed 6,000) was rejected by Hon.Kimani Ichung'wah when he was the chair of Budget Committee in the National Assembly.
This is possible. @ekisiangani @TheODMparty @hon_amisi @ahmednasirlaw pic.twitter.com/y22UrL4jq7

Mirema Shooting: Three Of Samuel Muvota’s Wives Paint A Picture Of The Kind Of Person He Was