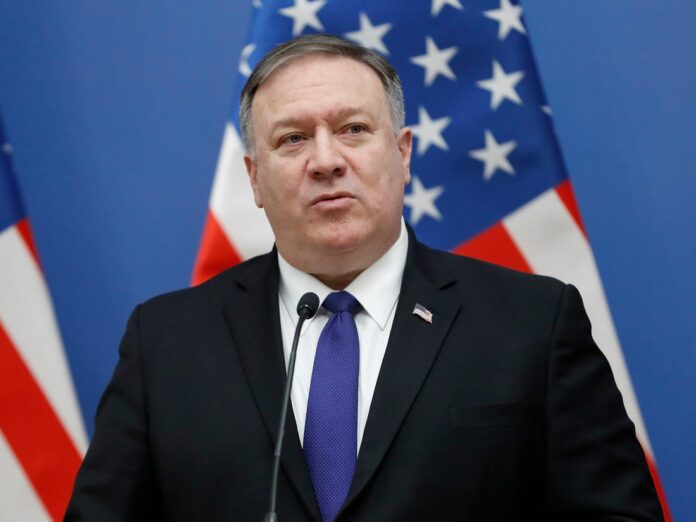 Secretary of State Mike Pompeo told reporters on Tuesday that there will be a smooth transition to a second Trump administration, when asked if the Sate Department was preparing to coordinate with the Biden transition team.

Pompea is still rejecting election results like his boss Donald Trump. The top diplomat said that votes are still being counted and that the winner is yet to be determined.

“We’re counting votes, when the process is complete there’ll be electors selected, there’s a process the constitution lays it out pretty clearly. The world should have every confidence that the transition necessary to make sure that the State Department is functional today, successful today, and successful with the president who’s in office on January 20th,” said Mike Pompeo.

Vote counting in remaining states will not change election results since Biden has already crossed the 270 electoral college votes needed to be President-elect.

Trump’s team has filled a series of lawsuits to demand vote recounts in battleground state that Biden won, in some suits Trump want mail-in votes not to be counted in hope that they will flip Biden’s win.

The Secretary of State was hard-pressed to say whether world leaders should be congratulating Biden or not, Pompeo blatantly refused to answer that question.

Pompeo also fumbled with words when asked if Trump’s refusal to concede election defeat discredits efforts by the State Department to encourage officials in elections around the world to accept the results of free and fair elections.

“We often encounter situations where it’s not clear about a particular election. We work to uncover fact. We work to do discover, to learn whether in fact the outcome, the decision that was made reflected the will of the people,” he added. “We want every one of those votes to be counted in the same way that we have every expectation that every vote here in the United States will be counted to, it is totally appropriate.”

Related: Biden To Trump: Blocking Transition Is An Embarrassment And Will Not Help Your Legacy