Trouble For Matiang’i , Kibicho As Miguna Issues Directive To Be Met Before He Lands In Kenya 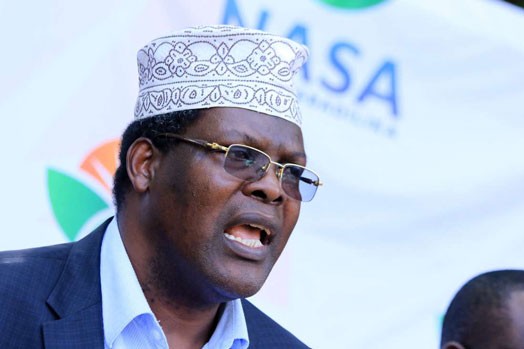 In a tweet, Miguna advised the trio to pay the damages and costs for the various cases they lodged against him as directed by the courts.

He asked them to do so through his lawyer before he lands in the country.

“To Fred Matiang’i, @Karanjakibicho and @GKihalangwa: You are hereby DIRECTED to contact my advocate, Adrian Kamotho Njenga, and sort out the DAMAGES and COSTS the High Court and Court of Appeal awarded me in the various cases I won since 2018. Do so promptly BEFORE I land,” the lawyer said.

Miguna added that it was now the trio’s turn to have red alerts issued on them for the crimes that they committed against Kenyans. His comment came after Matiang’i and all other cabinet secretaries were bared from taking international trips by the government.

“Whatever goes around comes around. The MAFIA like Fred Matiang’i, @Karanjakibicho and @GKihalangwa issued RED ALERTS against me for more than 4 years. Now is their turn to contend with RED ALERTS for CRIMES they committed against Kenyans,” he said.

In December 2018, the court ordered Matiang’i and the two state officials to personally pay Miguna Kshs7 million for the unlawful deportation earlier that year.

Justice Chacha Mwita   said that the officials’ actions to deport Miguna and their continued violation of his rights while abroad amounted to abuse of office.

The court further directed that Kshs207,000 is paid to for damages that were caused on his house.

Barely days ago, Miguna announced that he had been handed his passport without even signing the forms that he had been requested to sign before. He added that he was only waiting for the red alerts to be lifted before he embarks on his journey to Kenya.

“1687 days after despot Uhuru Kenyatta, conman RailaOdinga, Fred Matiang’i, Karanjakibicho and GKihalangwa CONSPIRED to illegally SEIZE and DESTROY my Kenyan Passport, President WilliamsRuto has had a new one DELIVERED to me. Waiting for the LIFTING of RED ALERTS,” he said on September 20.

RELATED STORY:Details Emerge Why The New Passport Issued To Miguna Remains Useless And Of No Help To Him