Things Have Changed: 22 Counties Where Ruto Has Shown Raila Dust According To Latest Opinion Poll 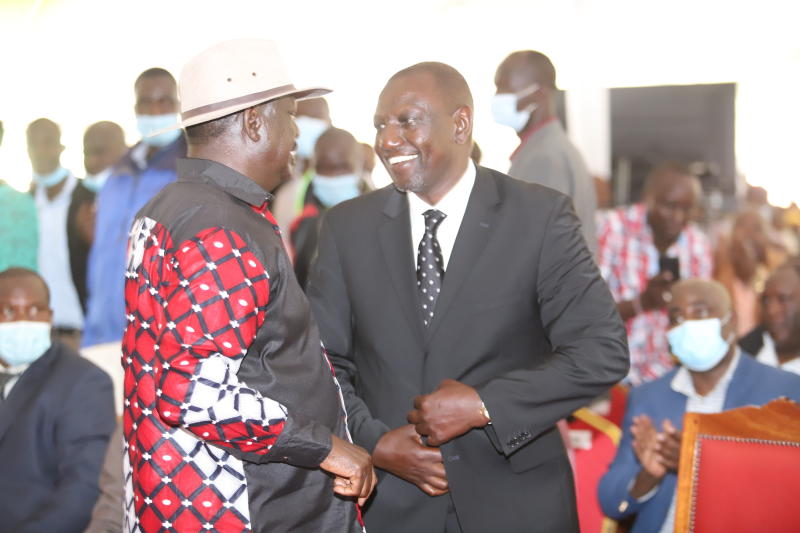 Ruto is gaining on Raila Odinga’s traditional strongholds of Western and Coast according to results of latest opinion poll released by Mizani Africa.

It’s still a neck to neck race between Raila and Ruto according to opinion polls. The two leading contenders are separated by a marginal difference between them of only 0.1%.

According to Mizani poll, Ruto is the most popular presidential candidate commanding the highest rating with 47.0% while Raila comes closely in second place with 46.9% making a marginal difference between them of only 0.1%.

According to the poll, Ruto commands serious lead in two regions – Central and Rift Valley while Raila leads in the six remaining regions of Nairobi, Western, Nyanza, Coast, North Eastern and Lower Eastern. 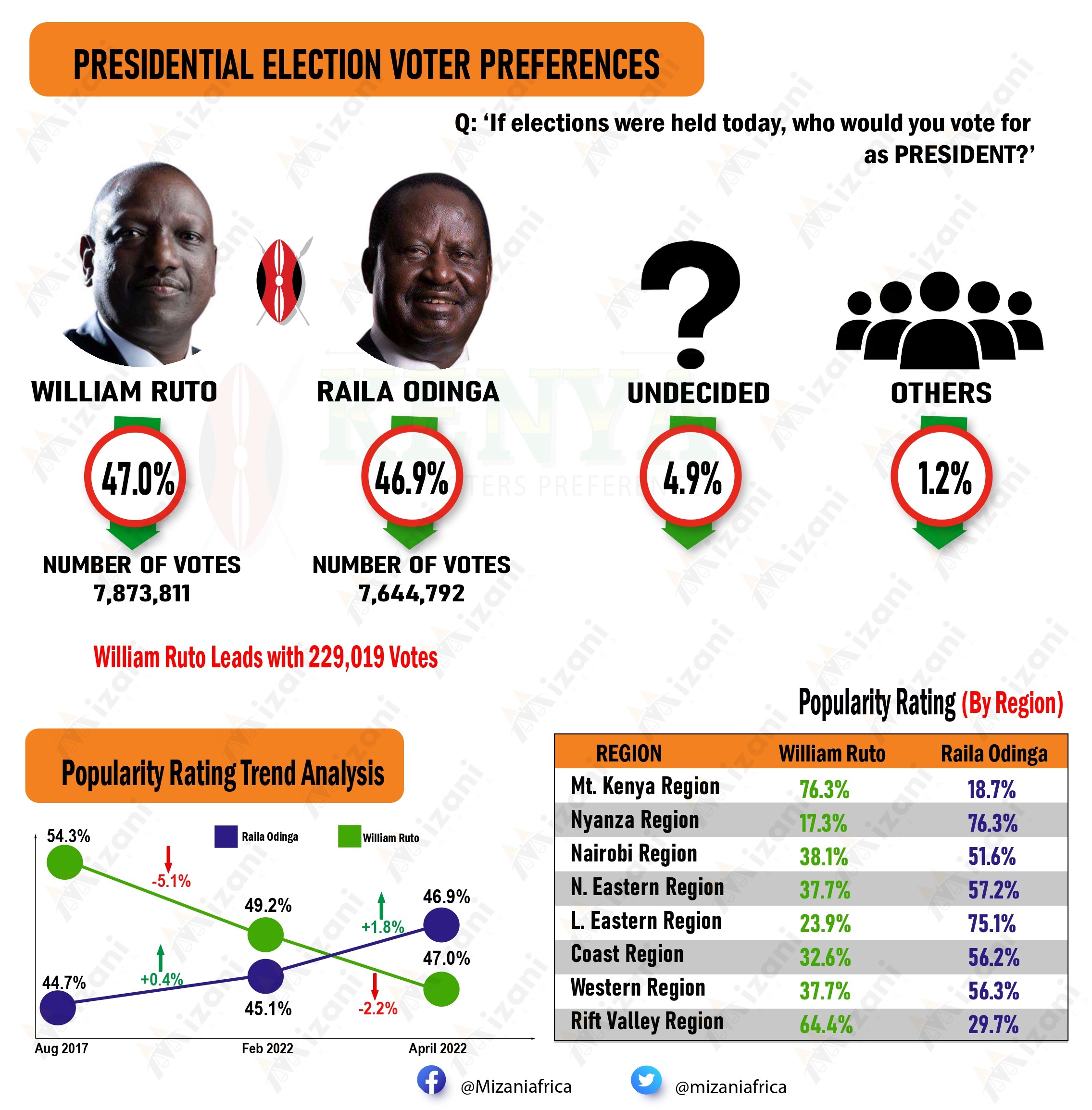 Raila leads in 24 out of 47 counties in Kenya, while Ruto leads in 22 counties. The two leading presidential contenders tie in Lamu county.

The opinion poll shows Ruto has been gaining in Raila’s strong holds of Western and Coast. Ruto is ahead of Raila in Bungoma and Trans Nzoia counties where he enjoys 55.8% and 49.4% respectively against Raila’s 37.2% and 42.2%.

Ruto has also managed to tilt Raila’s stronghold of Lamu into a swing vote where they both enjoy 50/50 support.

Meanwhile Raila is also gaining on Ruto in Central where he managed to record more than 10% popularity in seven out of the eight counties that make up Mt Kenya region. 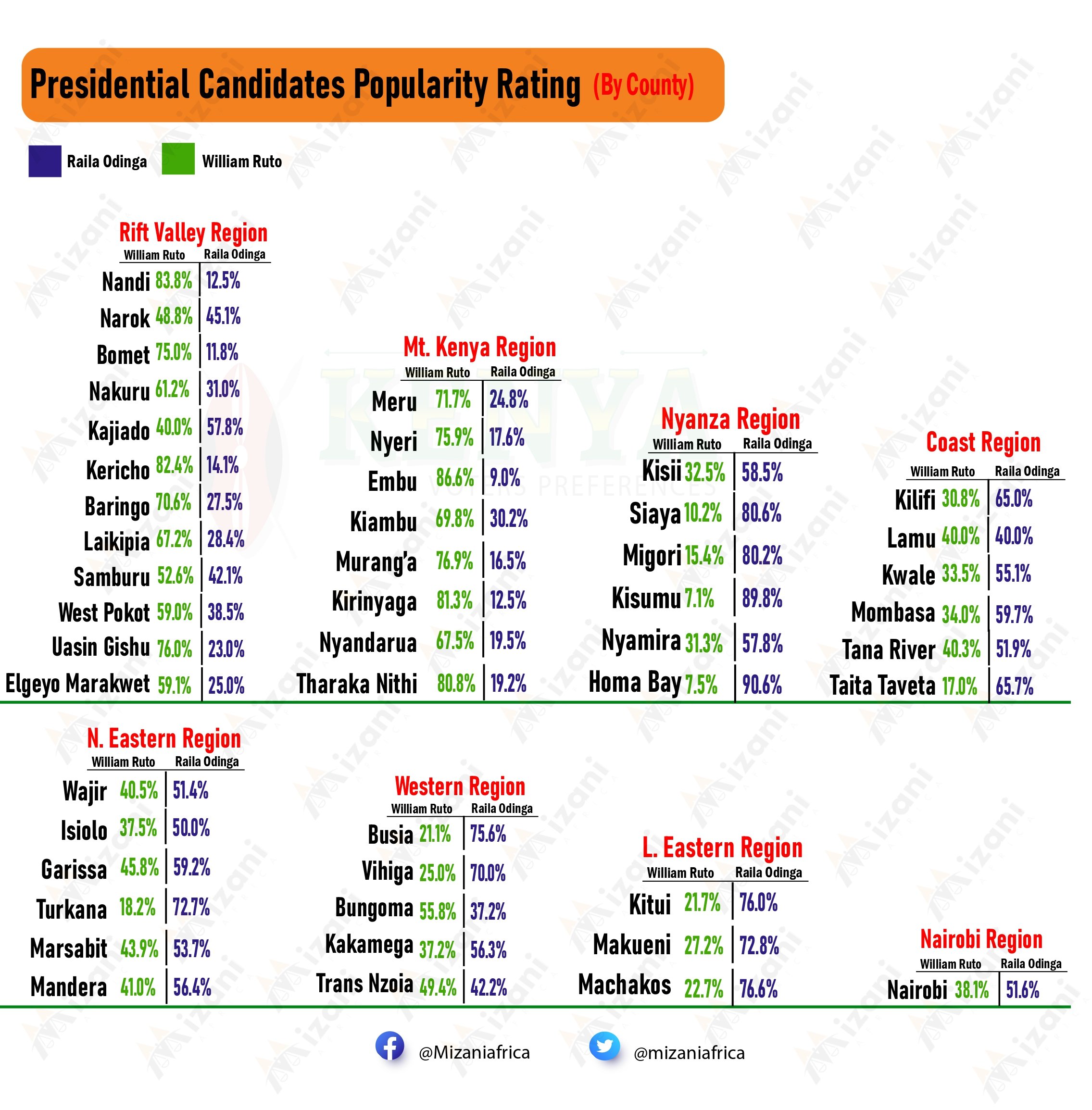 Related: Full List Of MPs Who Deserve To Be Re-Elected Come August 9th

Italy Gets A Go Ahead To Use Malindi For Rocket Launching

Lonely Couple Sue Their One And Only Son, His Wife For ‘Refusing’ To Give Them A Grandchild

Uhuru’s Mole In Ruto’s Camp? Why Ruto Is Very Afraid Of Moses Kuria After Choosing Gachagua