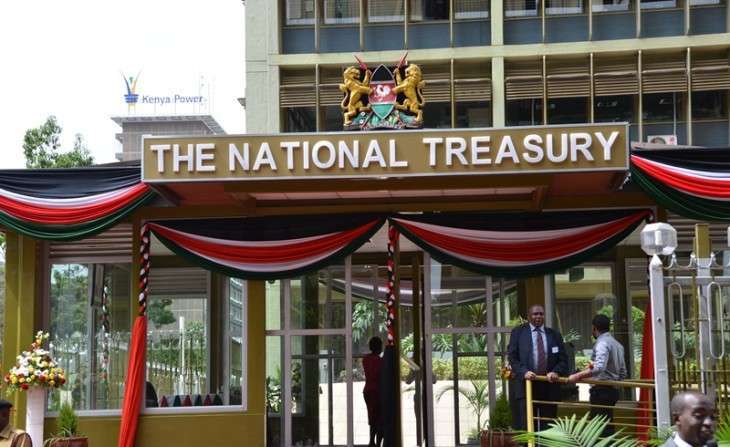 Last weekend, social media was awash with reports that the incoming government found only Kshs93 million in the Treasury thus posing a very big challenge in delivering their mandate to citizens.

The claims were fueled by Nandi senator Samson Cherargei who said that the country’s economy was no longer in ICU but was dead..

“The economy is no longer in ICU  But Death because H.E Ruto found only 93.7 million at the treasury, Uhuru went home with everything. State Capture is REAL! The country is broke Kenyans be patient H.E Ruto shall fix this through economic transformation & Prayers from all of us. Amen,” he wrote on social media.

The senator reiterated his remarks during an interview with a local TV station on Thursday adding that the Deputy President also confirmed the same.

Treasury CS has however come out to explain why the country was that ‘broke’ as alleged by the senator.

During the ongoing senators’ induction in Naivasha, Yattani claimed that politician’s spreading the information were doing it out of ignorance.

“When we are in public, we argue out of ignorance. After the elections, some leaders were saying that they did not find the coffers and that the treasury only had Ksh93 million. We do not know whether we should sympathize with the situation because there is a lot of ignorance about it,” Yattani told senators.

According to him, the government collects funds on a daily basis which is spent daily. He said that the funds are not saved for future use.

“The government does not collect money, keeps it in a place for one month and then distributes it after a month or year. We raise revenue on a daily basis and we fund the government on a daily basis. There are also competing needs in terms of salaries to be paid and money to be taken to the counties, parliament, judiciary, and settle debt among others.

“Sometimes the performance of the revenue can be challenging because we make projections on the money we can collect in a week and then we find that we have collected less,” the CS said.