The policemen who assaulted Mr. Mwangi Muiruri an NMG journalist in Murang’a should be fired immediately 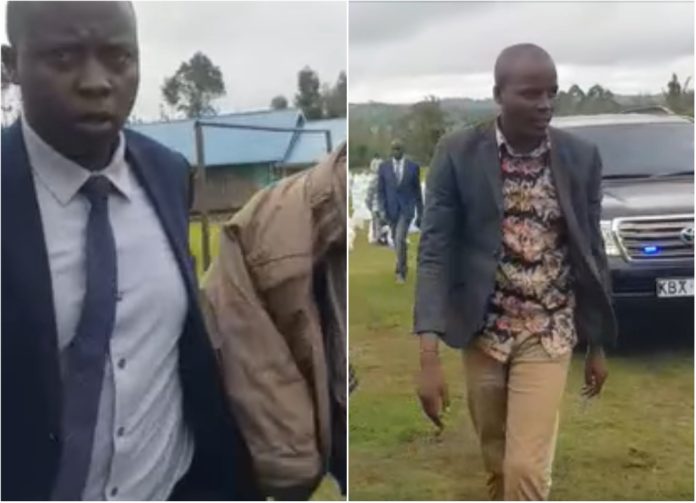 Mwangi Muiruri a Nation Media Group journalist was brutally beaten by policemen in Murang’a at a chief’s camp.

Police brutality is the excessive and unjustified use of force by law enforcement against a person or a group. It violates people’s civil rights and represents a severe instance of police misconduct.

Police brutality includes, but is not limited to, beatings, shootings, “improper take downs, and unwarranted use of tasers.”

This is not the first incident of police brutality reported in Kenya. Many Police officers in Kenya feel as if they are above the law, when in  reality, they are not; the law is supreme and should be respected.

Kenyans have reacted condemning the officer in plain clothes who beat up Mr. Mwangi Muiruri a NMG journalist saying they should go and reform or better be kicked out of the police service because they truly don’t deserve to be there in the first place.

It’s reported that Police did not want Mrs. Rigathi’s food-giving video recorded. Mrs. Rigathi was handing out emergency food in Murang’a at a chief’s camp.

Which ever angle you look at it, Mwangi Muiruri was not a threat. There were also other media houses and locals taking photos and video; in the end, the materials would still get to social media.

IPOA should swing in action and punish the officer captured beating Mr. Mwangi Muiruri and crew. The police is a service provider, not a force. Such behavior should have no place in today’s world.

Brutality is a no-no! That’s primitive and uncivilized way to think as public officer and servant.

Why not arrest the person if they’ve broken the law?