The benefits and effects of genetically modified food (GMO) to Kenyans 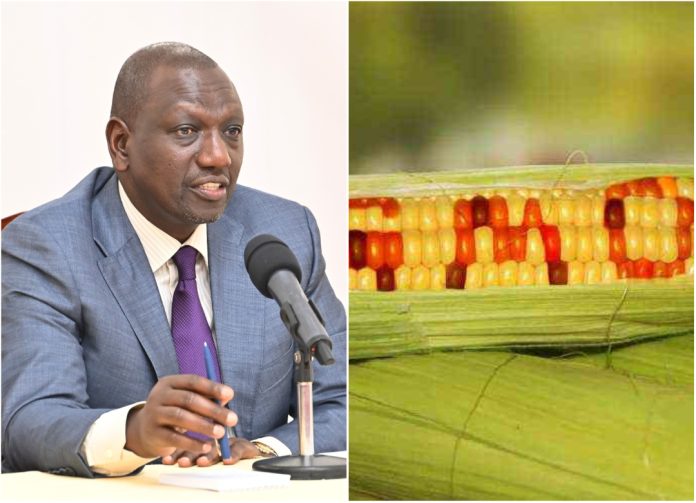 An animal, plant, or microorganism that has had its DNA transformed via genetic engineering methods is referred to as a genetically modified organism (GMO).

Humans have been using these techniques to alter foods and animal products for years.

The majority of GMO foods now on the market are plant-based foods like maize, fruits and vegetables.

Particularly in regions with difficult climates Kenya included, GMO foods are probably going to play a significant role in feeding the world’s expanding population. There have, however, been worries over potential health effects and hazards.

Manufacturers utilize genetic engineering to provide food enticing characteristics. Some of the benefits of GMO food include:

The most common one and Kenyans have noticed is having a greater consumer appeal, such as tomatoes,apples and potatoes that are less likely to bruise or go bad even after weeks of normal storage without refrigeration and thus a longer shelf life, which results in less waste.

Enhanced ability to fight off viruses and other diseases, which might reduce waste and boost food security.

The capacity to survive in challenging conditions, such as heat or drought that has resulted to many deaths in Kenya, year in year out.

Since genetically modified food(GMO) is still a relatively new process, it is unclear how it will affect food safety in the long run especially in Kenya.

Human health is a major concern with regard to the drawbacks. While study is ongoing, scientists have not yet demonstrated that eating GMO foods is unhealthy.

However, GMO foods carry a slight risk of inducing an allergic reaction, but only if the genetic modification results in the synthesis of an allergen.

There have been worries that consuming GMO foods may increase the body’s levels of possibly cancer-causing chemicals, which in turn may promote the growth of the disease.

Certain GMOs have modifications that render them resistant to specific antibiotics. Theoretically, when people or animals eat these plants, their genes may be ingested. As a result, the individual or animal may also get resistant to antibiotics.

There have been worries that food DNA could damage the immune system ever since some food scientists discovered in 2009 that food DNA can survive as far as the gut.

Additionally, some people have expressed concern that consuming GMO food can alter human genetics. But whether a food is genetically modified or not, the majority of its DNA is either eliminated by cooking or degrades before it reaches the large intestine.

The production and supply of food is being disrupted by climate change and harsh weather. In the face of shifting environmental circumstances and a growing population, GMO foods may help preserve supplies.

READ ALSO:Main reason why Oparanya will not support Raila Odinga and his political ambitions anymore