Terrorist Behind Garissa University Attack Hangs Himself In Kamiti Prison 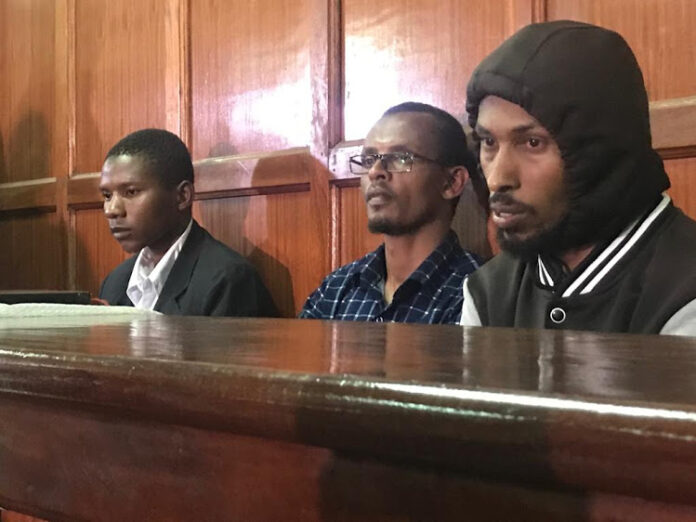 Terrorist Rashid Charles Mberesero who was among the masterminds of Garissa University attack has hanged himself in Kamiti.

The terrorist was fighting demons in his head and eventually lost the battle when he took his life on Friday at Kamiti prison Block H.

Mberesero’s body was found in his ward hanging from a window metal grill with a piece of blanket around his neck.

Senior assistant inspector general of police Kennedy Aluda confirmed the incident, saying Rashid made a rope out of the blanket and took his life at 15. 20pm.

The deceased, he said,  was a psychiatric patient and was on medication.

Rashid, a Tanzanian, alongside Mohamed Ali Abikar and Hassan Edin Hassan were last year found guilty of conspiracy to commit a terrorist  attack in which 147 students died.

His co-conspirators, Hassan Edin and Mohamed Abdi who are Kenyan, were jailed for 41 years each and are still in prison.

The three had been found guilty of conspiracy to commit a terrorist attack and of belonging to the al Shabaab terror group.

Mberesero was then given the longest term because he was arrested at the scene of the massacre and could not explain his presence there, the court was told.

The 2015 Garissa attack was pronounced as the worst on Kenyan soil since the 1998 US embassy bombing in Nairobi which killed 213 and wounded thousands.

Reports indicate that four gunmen stormed the university at 5.30am and started to shoot randomly.

Some of the students were getting ready for their morning prayers when the shooting began.

The attack left 83 people with serious injuries and their families ares till nursing permanent emotional scars.

The Office of Director of Public Prosecutions closed the file on the Garissa University attack case on April 2, 2019.

Four out of the five suspects were found to have a case to answer. A total of 22 witnesses testified against them, including students who survived the attack.

During the defence hearing, three accused persons opted to remain silent as one of them testified on oath on March 25, 2019.

Rashid had appealed against his sentencing. The matter is still pending in court.