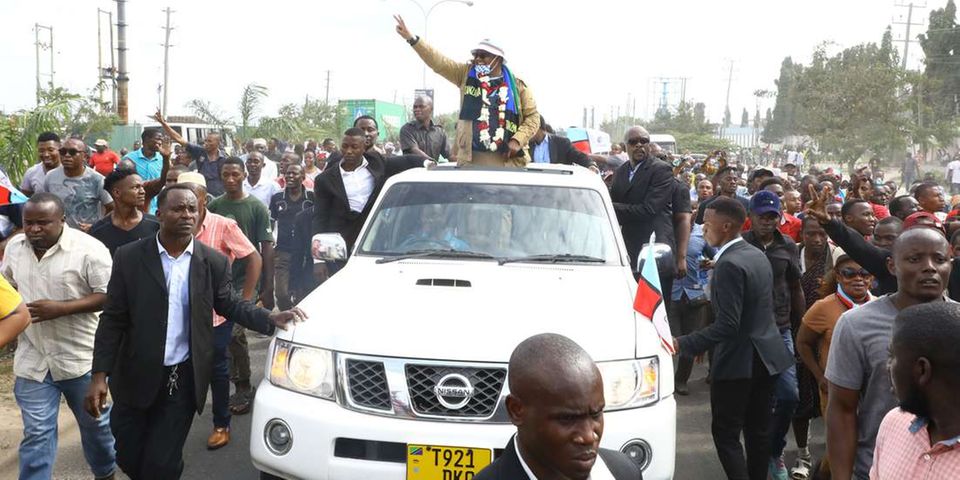 Police on Monday hit the convoy of the Tanzanian opposition candidate Tundu Lissu with tear gas in Nyamongo areas while on the way to Serengeti, Mara, triggering a heated confrontation between the authorities and his Chadema party.

Sources have revealed that there was an argument between the police and Chadema’s security over which route to take as they headed to Serengeti.

Even though the police marled the route via Bunda, Lissu and his team preferred using Nyamogo routing something that forced the police to withdraw from escorting the convoy.

According to the Chadema officials, several people were waiting for them in Nyamongo and therefore felt it was right to use the route.

It is not yet clear why the security officers who were in Nyamongo fired tear gas canisters to disperse the crowd up Lissu’s arrival.

Chadema’s Serengeti zonal secretary Jackson Mnyawami said the police officers who were in the 10 vehicles also fired live bullets in the air.

Despite the confrontation, Lissu went ahead to address his supporters before heading to Serengeti.

The Tanzanian police are yet to comment on the incident.