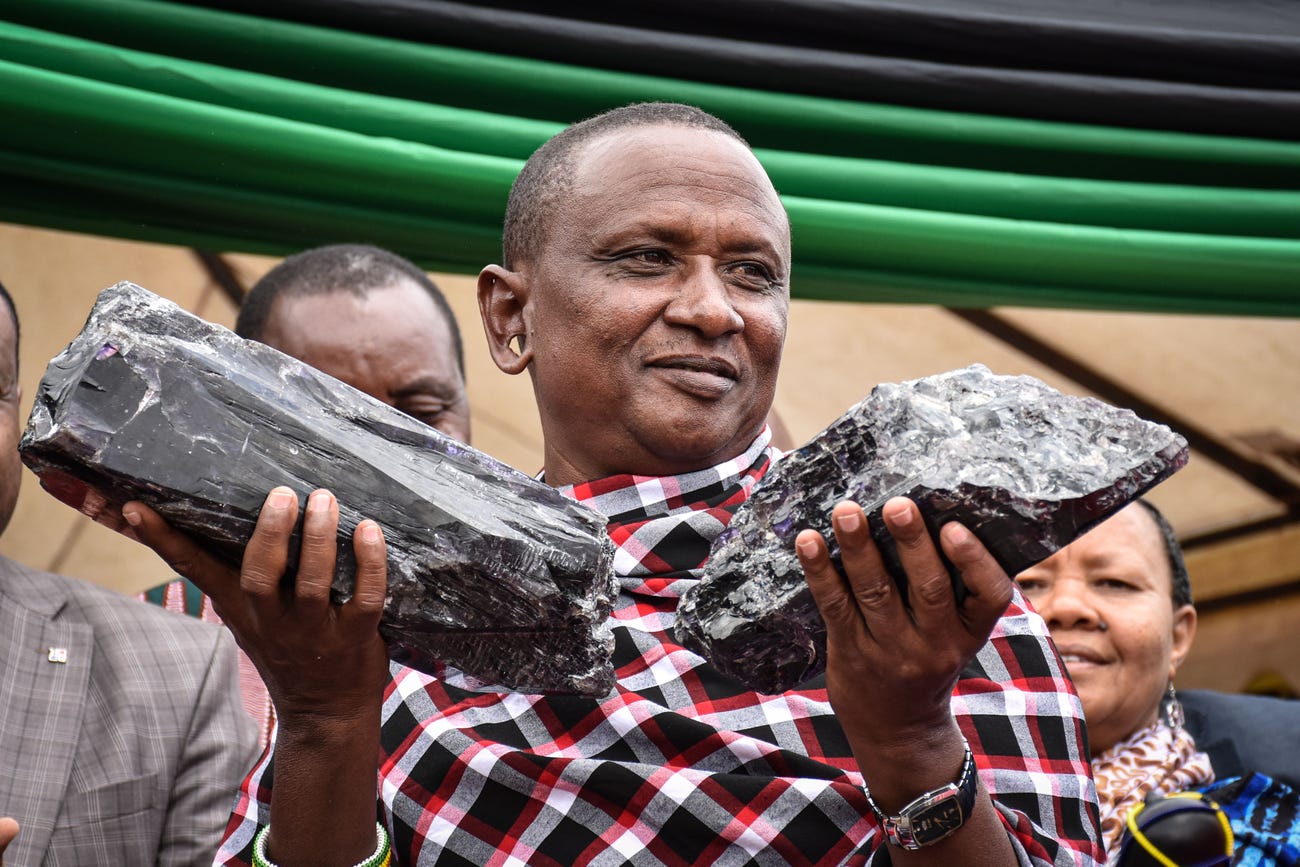 Tanzania miner Saniniu Laizer who recently became a dollar billionaire overnight has said his lifestyle won’t change and he plans to use the money to build a school and shopping mall in his rural town.

“I want to build this school near my home. There are many poor people around here who can’t afford to take their children to school,” Laizer told the BBC. “I am not educated but I like things run in a professional way. So I would like my children to run the business professionally.”

The  52-year-old miner in Tanzania, became a millionaire overnight by selling two large uncut gems that weighed a combined 33 pounds

The two gems were tanzanite, which is among the rarest gemstones — the world’s supply is expected to be depleted in the next 20 years, a local geologist told the BBC.

The Tanzanian government handed Laizer a check on Wednesday for 7.74 billion Tanzanian shillings, or $3.35 million.

Laizer mined the dark violet-blue gemstones in northern Tanzanian mines that are surrounded by a wall to prevent cross-border smuggling, Reuters reported.

The value of the gems, which are used to make ornaments, is determined by their rarity.

Laizer’s stones weighed 9.2 kilograms and 5.8 kilograms. Until this week, the largest tanzanite gem mined in Tanzania weighed 3.3 kilograms, according to the BBC.

“This is the benefit of small-scale miners and this proves that Tanzania is rich,” Tanzanian President John Magufuli said, according to the BBC.

Laizer said that he didn’t want to let his new wealth change his lifestyle and that he would continue to care for his 2,000 cows and live without security concerns.

“There is enough security [here]. There won’t be any problem,” he said, according to the BBC. “I can even walk around at night without any problem.”

A number of people taking part in a protest against police brutality have reportedly been shot dead or injured in Nigeria's biggest city, Lagos. A...
Read more
- Advertisement -
Celebrity