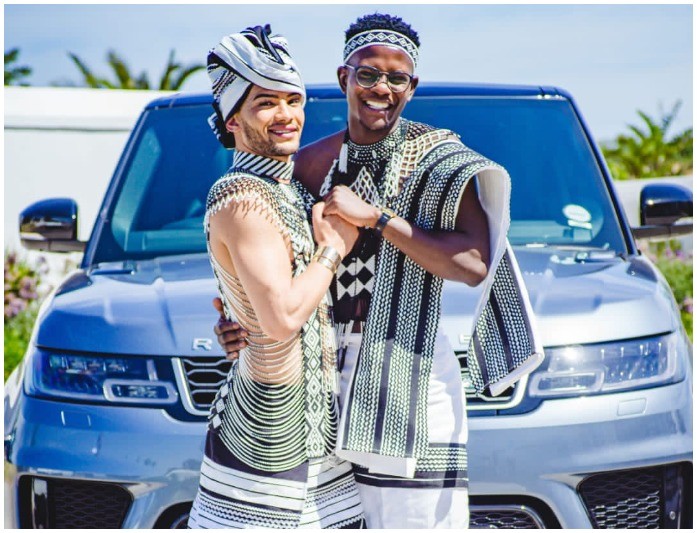 A South African gay couple is making headlines across the continent after they tied the knot in a traditional wedding.

Photos of the gay couple wearing matching traditional attire at their wedding has caught the attention of social media.

One of the couple, Sandile Fuba – a commercial lawyer in South Africa, announced their wedding on social media.

In a separate tweet, Sandile Fuba shared a photo of his newlywed sweetheart and him enjoying quality time together after their wedding.

Reactions to the marriage have been mostly mixed. While some people congratulated the couple and wished them well, homophobes strongly criticized the gay union.

Same sex-marriage is legal in South Africa, but still remains taboo in many countries across the African continent.

South Africa has come a long way to legalize same sex marriages. Homosexuality was a crime punishable by up to seven years in prison under the apartheid government.

South Africa amended its constitution to disallows discrimination on race, gender, sexual orientation in May in 1996.

Same sex marriage however remained illegal until a decade later. In December 2005, the Constitutional Court of South Africa ruled that it was unconstitutional to prevent people of the same gender from marrying when it was permitted to people of the opposite gender.

The constitutional court gave the South African Parliament one year to pass legislation which would allow same-sex unions.

Even though gay marriage is now a reality in South Africa, civil servants and clergy can refuse to solemnise same-sex unions.