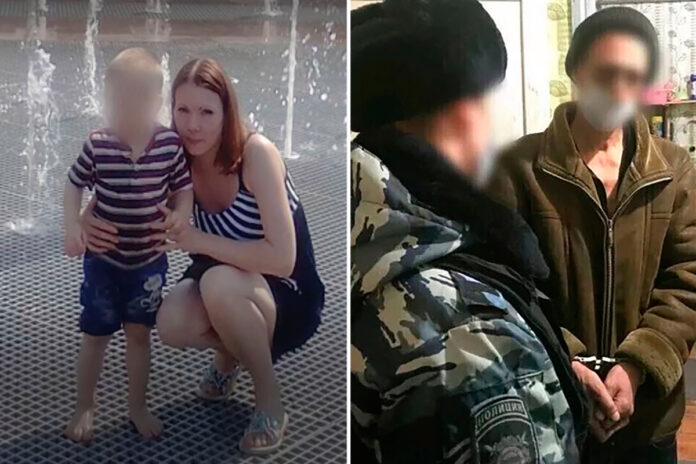 A drug junkie left to babysit a 6-year-old boy has been arrested for heinous murder of the little boy.

Sergey Podgornov was left in charge of the kid as his mother 36-year-old Elena went to hospital to deliver her sixth child.

Podgornov beheaded the kid using a kitchen knife in a drug-fueled rage. The 47-year-old drug junkie told police he couldn’t remember committing the heinous murder moments after his arrest.

The suspect later confessed to the murder, which was recorded at the crime scene. He however did not give an explanation behind his decision to decapitate the boy.

“I went out, sat on the porch and lit a cigarette. Then I came back, drank another glass of alcohol and I finally realized what I had done. I went out to wait for the police,” Podgornov said to the police.

The 47-year-old killer is reported to be high on ‘designer drugs’ and alcohol at the time of committing the heinous murder, a Russian police speaking on condition of anonymity told local media.

The boy’s lifeless boy was discovered by his stepfather Mikhail Grushin in the kitchen of their family home in the Russian city of Engels.

The boy’s 15-year-old sister told police that their mother was at the hospital giving birth to their other sibling at the time of the incident.

Police have not be been able to reach out to the mother to record a statement as she was still in the maternity hospital and visits are prohibited due to Covid-19 pandemic.

Related: A Class 8 Strangles A 15 Year old Girl To Death Over Boyfriend