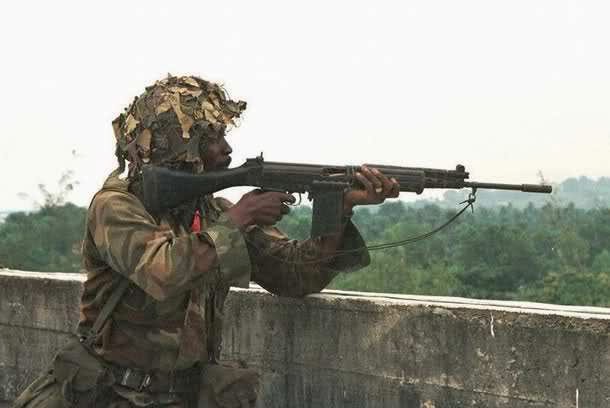 Ugandan government will deploy security officers on all rooftops of Kampala’s arcades and tall buildings to ensure security in the Capital as Ugandans vote.

Onyango noted that intelligence and CCTV footage analysis show that those leading the riots operates on rooftops to give instructions to the protestors.

According to Onyango, the police will use the rooftops as observation posts to monitor the movement of security officers on the ground.

“A fortnight ago, security personnel who were on routine patrol were pelted with stones that were coming from the rooftop of Nabukeera Arcade. On January 11 last year, at around 6.30 pm, at Kisekka-Kyaggwe Road, security personnel who were on foot patrol were pelted with stones. On checking, they saw a man at the rooftop of the arcade aiming at them with a bow and arrow,” said Onyango at a press conference in Kampala yesterday.

Following a meeting between security agencies, the business community, and arcade owners, its was decided that security operatives take over all the rooftops of arcades and other high building within Kampala to protect the buildings, businesses, traders, customers, and security personnel.

Onyango further noted that hawkers will not be allowed to have access to the arcades.

“We urge the public to come, vote, and go such that we are all safe. But those who will try to bring chaos by remaining at polling stations after casting their vote shall be arrested,” said Onyango.

He also said only accredited people – candidates’ agents, journalists, and election officials – will be allowed inside the tallying centers.

The police and military have beefed security in Kampala and its environment during the elections.

Onyango announced that the police and the military will go on foot patrol along the street, while others will be stationed at some street perceived to be violence hotspots.

“We have intensified our security by putting both police, Local Defence Unit personnel, army, intelligence officers, CCTV camera operators on foot and motorized patrols to do surveillance of the city,” said Onyango.