Sad But Funny: Man Takes Selfie With Naked Wife And Best Friend After He Catches Them Having Sex 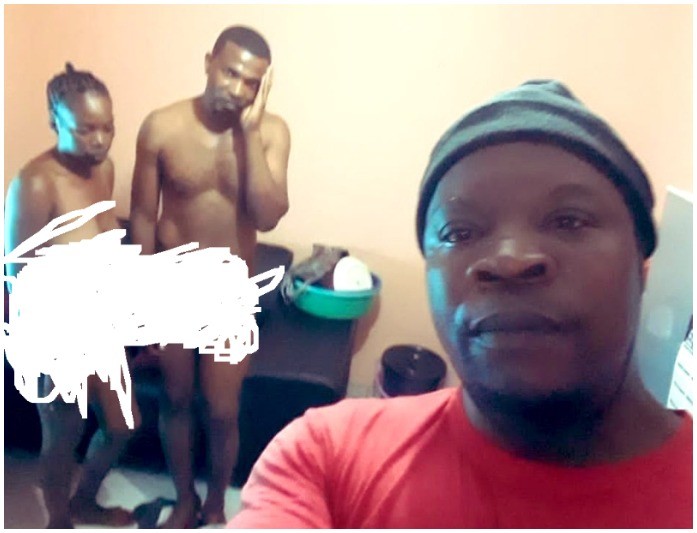 A man has sparked excitement on social media after he shared a selfie he took with his cheating wife and her lover.

The man reportedly set a trap to catch his cheating wife after he heard that he was having an illicit affair with his friend.

The trap he set worked as the man busted his wife and his friend having sex in his matrimonial home.

Apparently his best friend routinely visited his house while he was away to engage in all sort of debauchery with his wife.

The man laid the trap and walked home only to catch his wife and friend making out on his matrimonial bed.

He decided to take a selfie with his friend and wife while they in their birthday suit, the photo was to serve as evidence of her infidelity which he was to present to his in-laws.

The man wasn’t violent toward his wife and friend, only made them to pose for a photo shoot with him while they were still naked.

The selfie he took was widely shared on social media, going viral on Twitter where other users shared photos of the man and his best friend during good times.

Twitter user, @oluwatayorhoda who shared the photos alleged that the man took the selfie for his in-laws after he caught his wife in the act.

She tweeted; “Lol so this guy found his wife sleeping with another man in his place and took a selfie for the in-laws, I stan.” 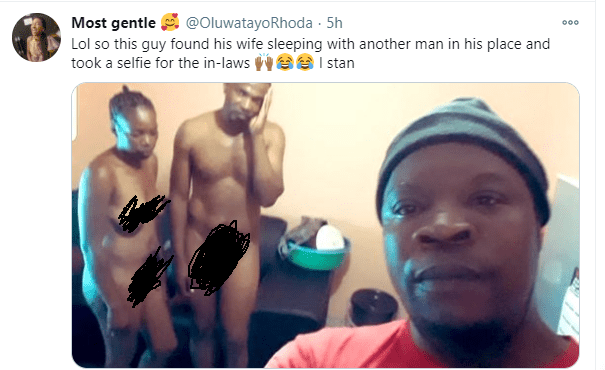 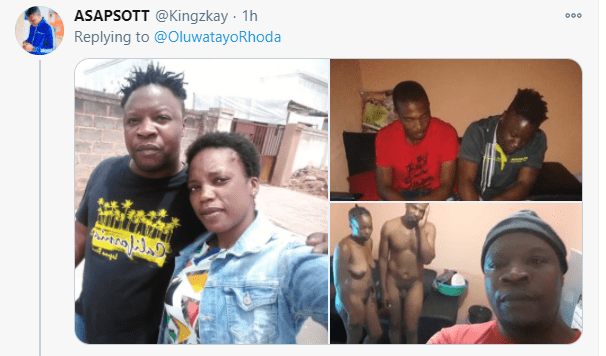 Related: Man Dies During Sex With A Married Woman Who Left Wedding Midway To Please Her Side Lover