Ruto’s Name Not Included In The BBI Signature Drive Launch 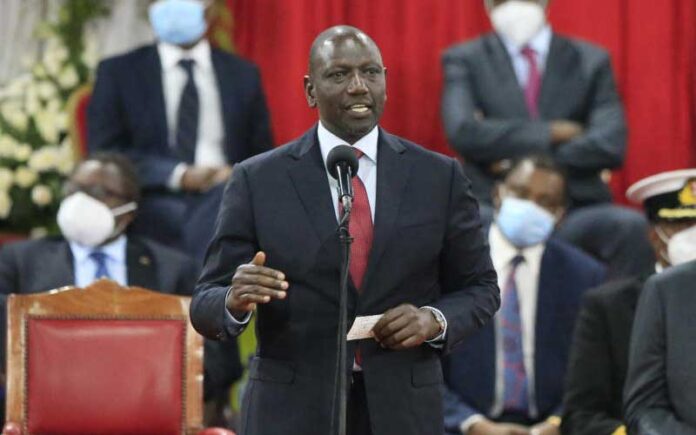 Deputy President William Ruto is not among the leaders expected to be present at the launch of the referendum Bill and national signature collection drive by President Uhuru Kenyatta and Opposition chief Raila Odinga.

This is as per the program of the vent being held today, Wednesday at the KICC.

DP Ruto flew back in the country on Sunda after a four-day private business-cum-family-trip to the United Arab Emirates (UAE). Ruto made his stand on the BBI clear, saying the initiative will result in a lose-lose situation unless it is done through an uncontested referendum.

But ODM leader Raila Odinga opposes such claims saying there are no such things as an uncontested referendum since there can never be 100 percent agreement on contested issues and the matter will be resolved at the ballot box.

The signature launch was initially scheduled for Thursday last week but was postponed with the BBI secretariate citing late completion and printing of the Bill by the Government Printer.

The BBI Secretariate led by Junet Mohamed and Dennis Waweru hopes to collect four million signatures within seven days after the launch.

The launch got a go-ahead after the IEBC approves the proposed format for the signature collection form.

According to the proposed format, registered voters will write their names, identity or passport numbers, constituency ward, count, mobile number, polling station, email address, and a signature or thumbprint.

Raila defended the push to amend the 2010 Constitution saying it is a key to address challenges facing Kenyans.

Even as critics call for consensus on BBI, the ODM leader has maintained that the idea of a non-contested referendum is not possible in any system of governance saying it will be pointless to go to the polls having reached a consensus.

Religious leaders and Deputy President William Ruto are among those calling for further review of the BBI report.

Among the contentious issues listed by DP Ruto are – appointment of the Judiciary Ombudsman by the Executive, singling out the proposed creation of a Police Council, and the involvement of dominant political parties in the appointment of IEBC commissioners.