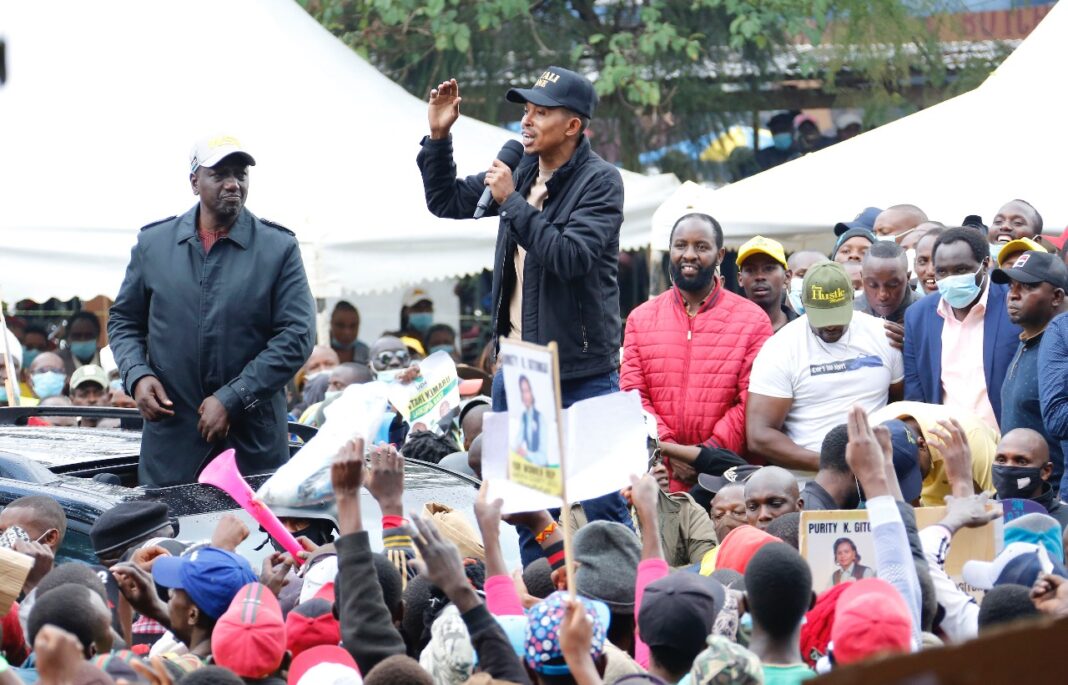 Ruto was in Laikipia on Saturday to drum up support for his 2022 presidential bid, his allies however didn’t have easy time with the crowd.

According to a report by Citizen TV, the hostility was driven by local politics as the duo are eyeing the senatorial post in 2022.

Wahome was forced to cut short her speech in Nyahururu town after residents started shouting her down.

The charged crowd heckled the controversial Kandara MP making it hard for her to continue with her address.

The chants became even more intense and Wahome had no option other than to cut short her speech and leave the podium.

It took the intervention of the deputy president to calm the masses. Ruto went ahead to invite another politician to speak.

It is still not clear what angered Nyahururu residents to an extent of them shouting down Alice Wahome.

The Kandara MP has been accused of hauling unprintable insults to politicians who do not subscribe to the hustler nation. She insulted Kieni MP Kanini Kega when Ruto visited Kieni constituency last month, and this did not go well with the people.