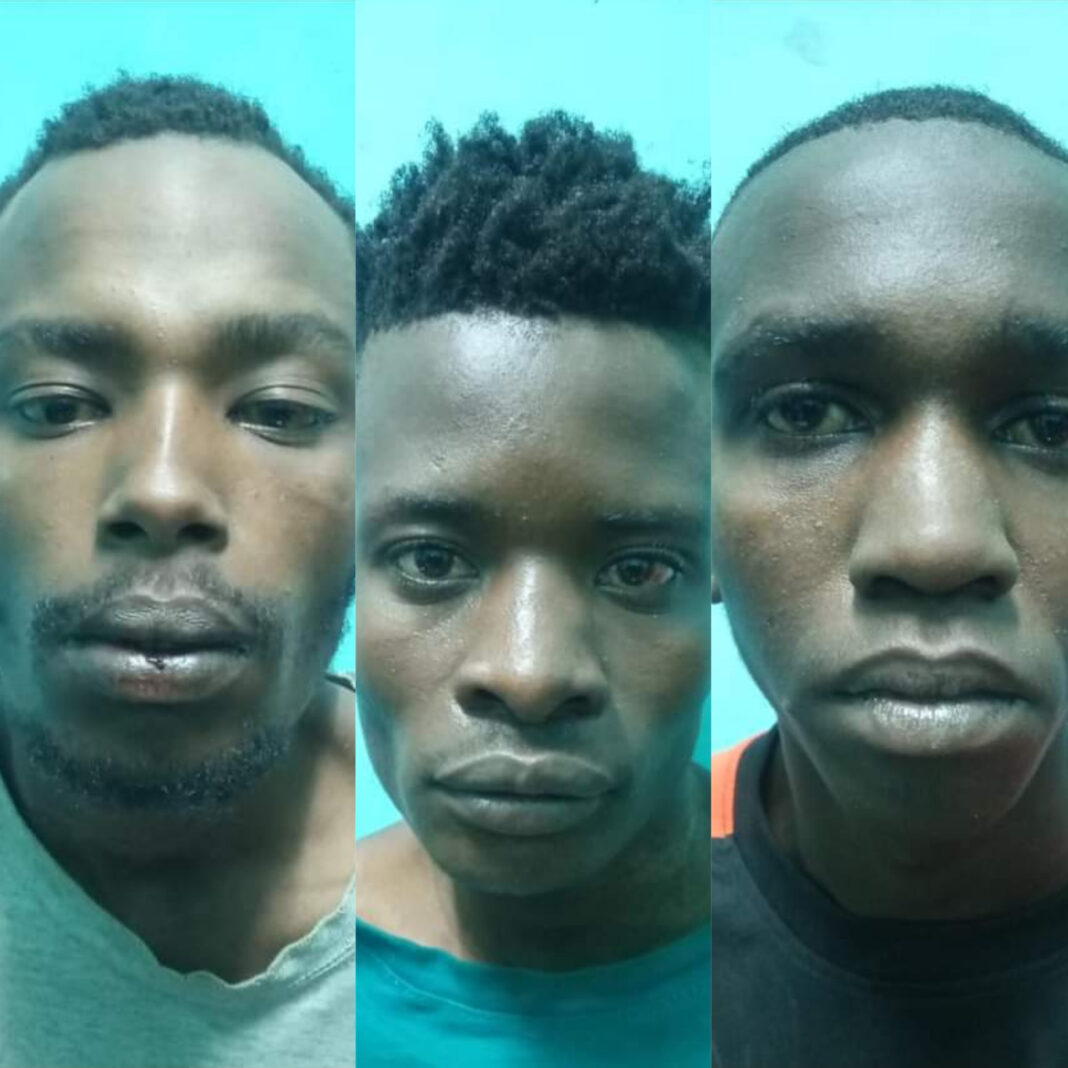 The Directorate of Criminal Investigations has released images of 6 men suspected to be behind the serial killing and burning of women in Mawanga, Nakuru.

The six men were arrested between Thursday afternoon and the wee hours of Friday morning and transferred to DCI main headquarters for forensic examination and their documentation.

The mastermind behind the attack Evans Michori Kebwaro was arrested in Kisii where he had gone into hiding on Thursday while his colleagues were busted at 3am on Friday morning at a house in Nakuru while in deep slumber.

“The detectives raided a dwelling house in Nakuru’s Kivumbini area at 3am and pounced on Kebwaro’s five accomplices who had fallen into a deep slumber in a mud walled room. The five were Julius Otieno, 27, Josphat Simiyu, 24, Dennis Nmbolo 25, Isaac Kinyanjui, 18 and Makhoha Wanjala, 25,” DCI said in a report.

Detectives managed to gain access into the house through the roof, door and window simultaneously “giving the thugs the biggest shock of their lives.”

Having been cornered, the gang was forced to surrender. They are currently being processed before being arraigned in court to answer to crime charges.

Below are the photos of the 6 gang members that have terrorized Mawanga women in broad daylight.

RELATED STORY:Mawanga Killings: Mastermind Behind The Raping, Killing And Burning Of Women Is A Jailbird And Serial Killer