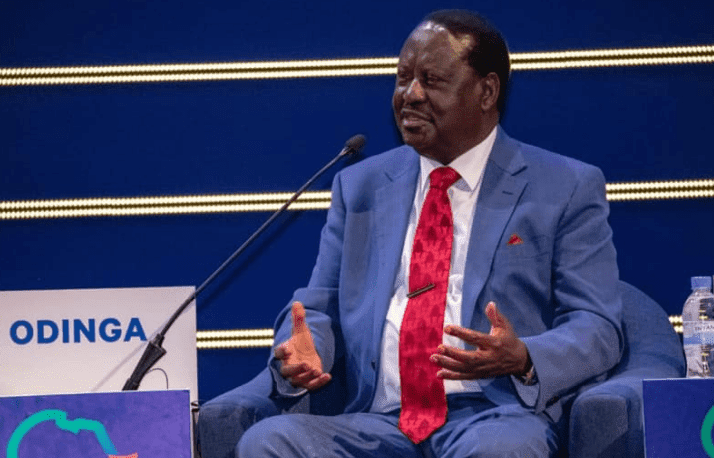 “Come let us now reason together.”

There were the words of ODM leader Raila Odinga during the launch of the BBI report on Monday at Bomas of Kenya.

While quoting the Bible from the book of Isaiah, the former Prime Minister said the referendum should be a unifying factor for Kenyans where everyone is in support.

While quoting the Quran, Raila noted that those who listen to all statements and follow the best of it are the ones who Allah has chosen.

“Let us talk to each other and not at each other. The BBI is not about Uhuru becoming Prime Minister and Raila the President, it is about what is the best for the country,” Raila said.

Dismissing reports by a local daily that he will run for presidency come 2022, Raila said he had “declared he wants to run for the presidency”.

At the moment, the opposition chief said the ruling party must be given time to complete their tenure and delivered their big agenda to Kenyans.

“Right now they are all in government, serving as a pair and must be given time to complete what they have to now and not wait for 2022,” he said.

At the same time, Raila took the opportunity to make subtle jabs at his political rival, Deputy President William Ruto, saying those who keep talking about what they will do in 2022, should do those things now.

His remarks are similar to those made by President Kenyatta during the weekend while in Nyeri.

Raila also pointed out that the country’s problems must be issued with homegrown solutions.

“No Kenyan should sleep hungry or be denied access to medical care. We want an equal society with a new ethos of ‘utu’ where we live as brother and sister. We must feel proud of being Kenyans,” Raila said.

“Everyone has spoken and has been heard; we want the referendum process to be a unifying factor and if possible a noncontested process,” he added.

Dismissing reports by a local daily that he will run for presidency come 2022, Raila said he had “declared he wants to run for the presidency”.

“Our Constitution has been praised as the most democratic in the region yet our people still suffer. The BBI report is a result of extensive consultations, but it is still a work in progress,” the ODM leader said.