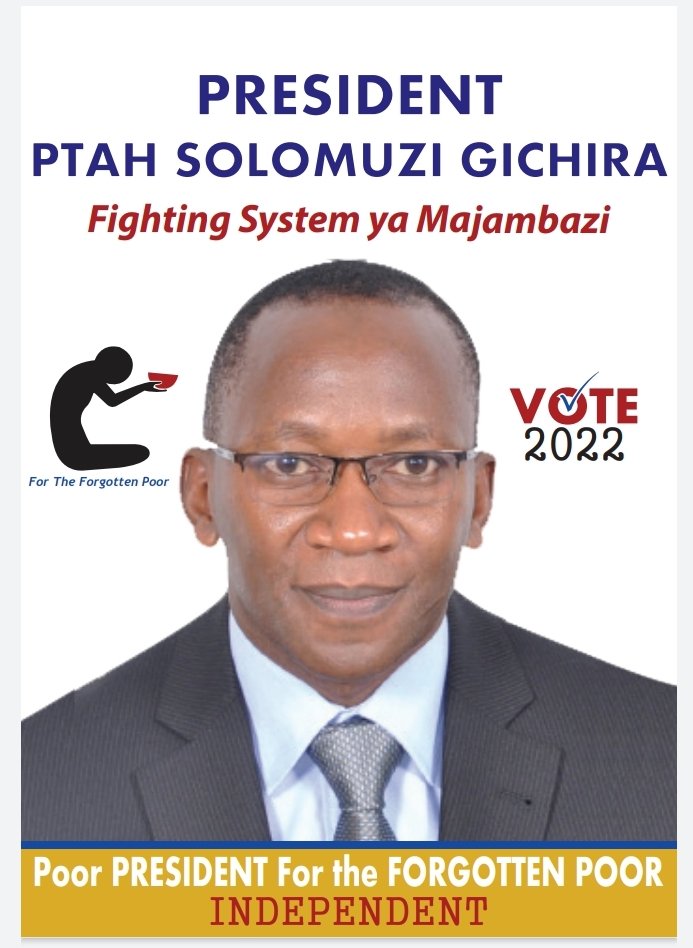 One of the independent candidates in the August 9 presidential race has allegedly withdrawn his candidature.

Ptah Solomuzi Gichira reached the decision after being kidnapped while he was on his way to Bomas of Kenya on Monday May 23, when IEBC was meeting presidential aspirants to brief them on requirements before being cleared to contest in the general elections.

According to his letter addressed to IEBC chairman Wafula Chebukati, which has surfaced on social media, the presidential candidate was kidnapped by unknown people who later dumped him along Lunga Lunga Road.

“I was  abducted by unknown persons at around 8.37 am on May 23rd May 2022 as I made my to Bomas of Kenya for the pre-nomination meeting the IEBC  and presidential aspirant, I was only found by a passerby, dumped somewhere in Lunga Lunga road in Nairobi, close to 24 hours later,” part of Solomuzi’s letter read.

So far, Solomuzi has recorded a statement with the police at Lunga Lunga police station under OB No. 15/25/05/2022.

“I look forward to the police undertaking conclusive investigations on this incident,” he stated.

He opted to inform IEBC of his predicament so that the commission can work closely with the National Police Service to ensure that candidates are safe and protected.

The aspirant resolved to quit the race because of the limited time to begin collecting signatures, financial constraints and the trauma he underwent.

“Having considered the time, effort and financial resources involved in a fresh exercise of collecting signatures, the timelines that IEBC has for the requisite documents and the above trauma, I have been subjected to find my candidature no longer tenable,” he said.

In 2017,Solumuzi, who also intended to vie for presidency in the general elections, made headlines for attempting to commit suicide.

It is alleged that he wanted to take away his life by jumping from IEBC offices on the sixth floor of the anniversary towers on May 27,2017 after he failed to achieve the 2000 signature requirement from 24 counties for clearance.

He however pulled out of the race in July. He was arrested and charged with attempting suicide but later 2019, the charges against him were dropped.