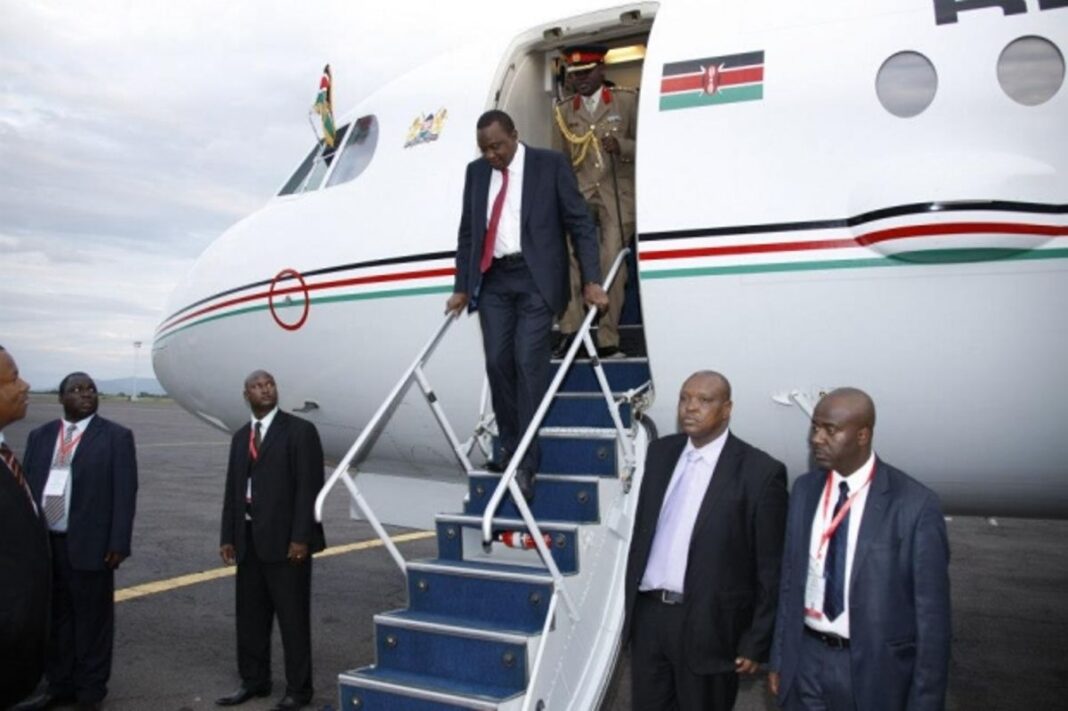 The office of the president and his deputy, increased its foreign travel costs 10 times in the three months when Kenya banned air travel to curb the spread of COVID-19.

A report from the Controller of Budget (CoB) shows the Presidency consumed Sh63.6 million for foreign trips in the quarter, an increase from Sh6 million in the same period last year.

This comes even as the country expected a decline in foreign trips expenses that also include lavish travel allowances after suspending international flights on March 25.

The office did not make public foreign trips taken by President Uhuru and his Deputy William Ruto during the lockdown when restricted chartered flights were only available for the rich and op government officials.

International flights resumed from August 1 following the phased reopening of the economy from the lockdown.

The Controller of Budget did not however issue details of the increased cost of foreign travel but made a general comment on how the lockdown had altered with overseas trips.

“Given the disruptions occasioned by the actions taken by the government to contain the spread of the Covid-19 pandemic, it is clear that the measures have impacted all sectors of the economy,” CoB Margaret Nyakango said in the report.

“Besides, it affected MDAs (ministries departments and agencies) planned activities resulting in the low expenditure of some budget items. These included traveling, both domestic and foreign.”

Sate House did not make any foreign trip by President Uhuru and DP Ruto in the three June, making it difficult to determine how the tenfold jump on foreign trips occurred.

Most international conferences and bilateral talks had seen the President and large delegations including Cabinet Secretaries prefer the use of teleconferencing instead of physical meetings.

Among the conferences canceled includes the 21st East African Heads of State summit that was slated for April while the African Union opted for a teleconference to review the response to the Covid-19 pandemic in the continent.

The pandemic denied President Uhuru an opportunity to meet Pope Francis in MArch in the Vatican.

The Presidency spent Sh247.8 million on foreign trips in the year ended June, representing a 26 percent increase from Sh196.6 million in the same period previously.

Early this week President Kenyatta traveled to Paris where he met France’s President, Emmanuel Macron for his bilateral talks. marking his first foreign trip since March.

Since coming to power, President Uhuru has pushed for austerity measures across the board, promising a reduced expenditure on non-essential items including travel and measurements.

The Treasury has singled out foreign trips by State officials as wasteful spending. It says all non-core expenditure to be reviewed to ensure the government makes savings and fund its programs without relying on debts.

But the executive has frequently defied the order by the Treasury. State House at one point defended the many foreign trips made by President Kenyatta saying, the trips had the potential of attracting investments in the country.

Avoid These Nairobi Roads Today, They Will Have Crazy Traffic-KeNHA